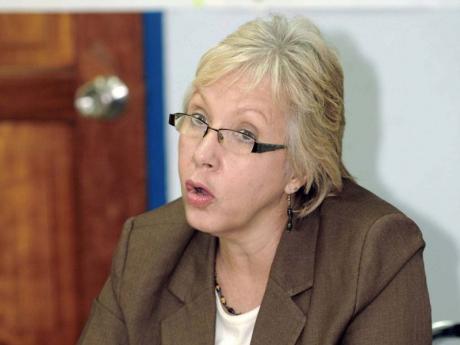 The country's most high-profile human-rights lobby, Jamaicans For Justice (JFJ), has revealed it might have to cut some of the services it offers to the public should it fail in its bid to secure an estimated $35 million in international grant funding to offset operational expenses.

Noting that the group is yet to receive commitments from international donors who have given generously in the past, JFJ Executive Director Dr Carolyn Gomes said the group was now stretching out its hands to other international bodies with the hope of receiving the much-needed funds.

If JFJ fails to secure the funds, Gomes said it would be left with no other choice but to make the cuts in services.

"We have written several applications to various bodies, including the United Nation's Development Fund, the Inter-American Development Bank, the Civil Society Fund, and a number of international development partners," Gomes told The Gleaner in a discussion during JFJ's annual general meeting at the Immaculate Conception High School in St Andrew last Saturday.

She said these organisations would all be new sources from which the non-profit organisation was only just now seeking assistance.

Currently, the services offered by JFJ include the provision of free legal advice and representation for some Jamaicans, the development of education programmes to raise awareness on human and constitutional rights, and the monitoring of some state-run facilities across the country.

Gomes admitted it was the provision of legal services and communication campaigns which absorbed a major part of the organisation's budget. As such, if there is to be any scaling down of services, she said these would be the first to go.

"The human-rights education in schools, the workshops in communities, the legal assistance and advocacy, all of those will have to be scaled back if we don't attract significant funding by June/July," Gomes said.

She added: "If we want to maintain both attorneys and both paralegals, then we will have to have a minimum of $20 million a year coming in. Providing lawyers to go to court for people is expensive; providing public education campaigns is expensive," Gomes said.

A look at a copy of the organisation's statement of revenue and expenses shows that last year, JFJ received a little over $40 million to carry out its operations.