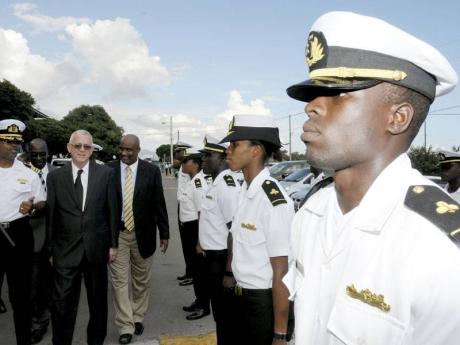 A lack of resources has been blamed for hindering the Caribbean Maritime Institute (CMI) from having a greater impact.

The cry comes from both Jamaica College principal, Ruel Reid, and Executive Director of the CMI Dr Fritz Pinnock.

Reid and Pinnock were among presenters at a meeting of maritime-sector stakeholders last week at the CMI's Palisadoes base.

The aim of the meeting was to highlight the potential for the sector in terms of jobs and investment opportunities.

"Even as we speak, this facility here does not have the number of persons that we envisioned, and we need to have some settlement, including commitment to funding. And in the first instance, I cannot see ... that Government cannot come up with $50 million or $100 million," said Reid.

"This investment makes sense for Jamaica. Let us fund the training capacity. Let us promote the investments that are likely to come in and make it happen," he pleaded.

Reid also noted that there needed to be some sorting out of which ministry would take leadership.

"Part of it is investment. Then you have the infrastructure with the port facility, and of course, there are different ministries to take that on. But equally, we have not yet resolved the training component."

Pinnock told the maritime-sector interests that more labs were needed to address certain areas, including the relatively new field of mechatronics, a multidisciplinary field of engineering. He admitted that other than funding, there were other issues that the CMI had to face, including deciding whether it was an agency or an institution.

"Also, where does CMI lie? Because we know some smaller education institutions in Jamaica are much better funded than we are," he said. He lauded the staff and board of the CMI for using what little resources they were given in helping to keep the institute going. He highlighted that major shipping companies CMA CGM and Mediterranean Shipping Company were planning major investments and a dry dock.

"We don't have that united support," he said, adding that while there were maritime opportunities open in Falmouth, Trelawny, the CMI would have trouble delivering.

"There is tremendous opportunity. Things are happening, but let me hasten to say again, we are lagging on the training because of the capacity."

Pinnock suggested a possible floating of the CMI on the stock market, or privatising the institute in the future.

"In the current context, we cannot meet the demands, and we'll just forever be sampling the market," he stressed.