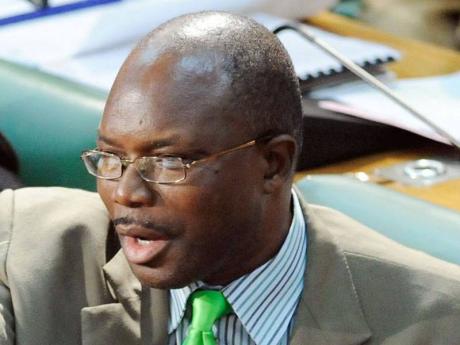 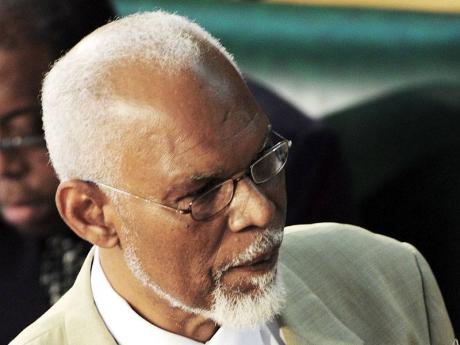 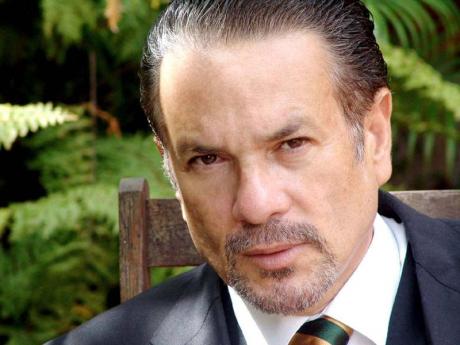 SENATOR TOM Tavares-Finson's ill-advised, nasty and vicious attack on Member of Parliament Everald Warmington for his views of the Electoral Commission of Jamaica (ECJ) exemplifies what is wrong with that body. It is arrogant, feisty and often sees its critics as its enemies.

Now the ECJ can add The Gavel to the list of persons and entities it views as adversarial.

For, like some legislators who have contributed to the debate on the ECJ's report on campaign financing, The Gavel has serious problems with several of the recommendations.

During the debate in the House of Representatives last Tuesday, the outspoken Opposition MP Warmington forcefully argued against the proposal by the ECJ to order forfeiture of property if a court fails to do so.

And on Friday, Senator KD Knight raised the same issue in the Upper House and took a similar position to Warmington.

But before Knight spoke, Tavares-Finson launched a verbal attack on Warmington saying some of his interventions in the Lower House were boorish and ill-informed. According to Tavares-Finson, it is time that the ECJ starts defending itself against criticisms that have been levelled against it.

At one point, AJ Nicholson, apparently astonished by the high-and-mighty stance of Tavares-Finson, remarked, "You see when you don't like criticisms."

Almost as if all knowledge resides in the ECJ, Tavares-Finson, who is a nominated member of the commission, said the body is seeking to ensure Jamaica's democracy is protected, and that is the sole purpose of the recommendations sent to the Parliament.

In other words, the hands of legislators are tied when it comes on to dealing with the reports, irrespective of how unsound proposals are.

In one of its ludicrous proposals on campaign financing, the ECJ says every candidate in an election, whether such candidate is contesting on behalf of a political party or is contesting as an independent candidate, shall submit to the commission, a disclosure report detailing income and expenditure, and all contributions/donations received within a campaign period.

If a candidate did not receive any donation/contribution, or did not expend any resources, this should be declared.

And seeking to take on a judicial function, the ECJ says, "Any person who makes a false declaration commits an offence, and in addition to any penalty which the court may impose shall be liable to pay a monetary penalty to the Electoral Commission."

Even after the courts have adjudicated, the supreme lords of the ECJ must have the last say in the matter; it must get its pound of flesh.

Another proposal, which seeks to address the issue of donation, states that where a contribution/ donation which is disallowed has been knowingly accepted by a political party or candidate and not timely returned in a prescribed manner, the commission may, in addition to any other penalty that may be imposed by a court of law, order the forfeiture of such contribution.

Again, the ECJ is appearing to be telling the Parliament to invest in it judicial powers.

Warmington could not have put it better. "What are we asking for here? Are we asking for Idi Amin or the Ayatollah? I know that the power they are asking for here ... these guys are overreaching and we should not sit here as the people's representatives to allow a group to dictate to us ... they don't set fine or penalties, that's not for them to do."

The proposal must be rejected and should not form part of any campaign-financing law.

The many cock-ups in the ECJ proposals do not stop there. The ECJ wants to punish every member of a party executive if that party fails to make a prescribed report to the commission within a given time.

"Where a report is not submitted to the Electoral Commission within the time specified, the candidate, or in the case of a political party, every member of that executive of the political party, each commits an offence and shall be liable to a fine not exceeding five thousand dollars for every day beyond the prescribed deadline," the ECJ says.

Where is the justice for that member of the executive who has been insistent that the report be made in time to the ECJ?

During the debate in the House last Tuesday, North East St Elizabeth Member of Parliament Raymond Pryce rightfully observed that the ECJ is seeking to take away the right of the prime minister to call an election at any time.

Pryce rightfully argued that the commission, in putting forward its definition, is seeking to interfere with the prime minister's right to call election as the definition artificially fixes the election date at the expiration of the fifth anniversary of the holding of the last election.

The Gavel understands the intent of the ECJ to clean up Jamaica's electoral system. We support any measure that will protect our democracy.

However, it would be a dark day for democracy if Jamaica travels along some of the routes the ECJ is proposing to take us, as the 'don't criticise us' attitude of Tavares-Finson is a worrying sign that we have no choice but to accept the commission's dictates.