Small steps being made to deal with corruption 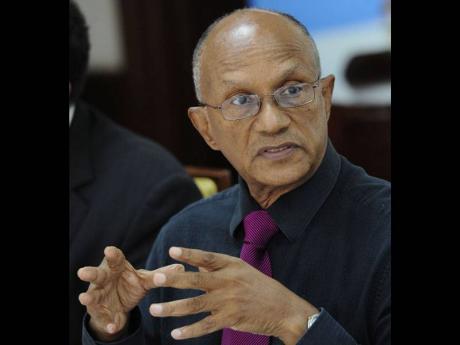 Executive Director of the National Integrity Action Limited, Professor Trevor Munroe, is hailing what he sees as "a number of firsts - small but significant and unprecedented steps - towards greater transparency and accountability in Jamaica's governance arrangements".

Munroe made the point last week as he addressed the official launch of the Office of the Director of Public Prosecution's Decision to Prosecute: A Jamaican Protocol.

Excerpts of that presentation have been selected for publication.

The small steps made so far

Last November, after 38 years of parliamentarians violating the Parliamentary Integrity of Members Act (1973) with impunity, prosecutions were brought, eight members of parliament pleaded guilty, admittedly insignificant fines were paid - that $5,000 fine laid down in 1973 adjusted for inflation would now be $4.7 million. This adjustment needs to be made promptly.

Again, small but unprecedented, the director of elections last month publicly disclosed the list of 60-odd candidates in the 2011 elections who were non-compliant with the requirements of the Representation of the People Act by failing to make returns in accordance with the law.

On Tuesday, April 10, the House of Representatives adopted the report and recommendations from the Electoral Commission of Jamaica, admittedly with a proviso; a report which proposed far-reaching changes in Jamaica's system of campaign financing, including designating unregulated financial organisations like OLINT and CASH PLUS as impermissible donors.

This is an important milestone not only for Jamaica, but a first for the Caribbean towards developing a system of better insulating politicians, political parties and the Executive itself from undue influence and even capture by wealthy, commercial or criminal special interests with severe consequences for subverting policies in the public interest and for holding back national development.

And even now as we speak, we are seeking the first prosecutions for 'illicit enrichment' - this following recent significant seizures of assets, cash and property of various kinds ordered by the courts under the Proceeds of Crime Act.

Restoring public confidence, however, requires not just professional will, not just the welcome steps earlier discussed towards greater transparency and accountability, but in our circumstances, requires as well institutional innovation. In that regard, the issue of establishing an Office of Special Prosecutor for Corruption and of a single anti-corruption agency with prosecutorial powers needs to be resolved as a matter of urgency.

Let us sum up - first professional will to build on other steps towards arresting the decline in public confidence in critical institutions and governance, and in our democratic system itself.

Of course, more than professional will and institutional innovation is required. We each need to contribute to the unification and strengthening of public opinion, or of the social will on these matters, so that the clamour becomes more informed. These are the fundamental underpinnings of strengthening political will - too often divided and tribalised, too often a matter of words and no deeds.