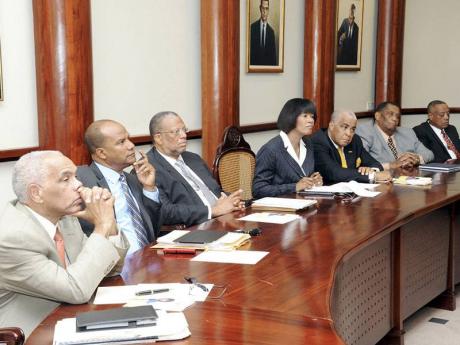 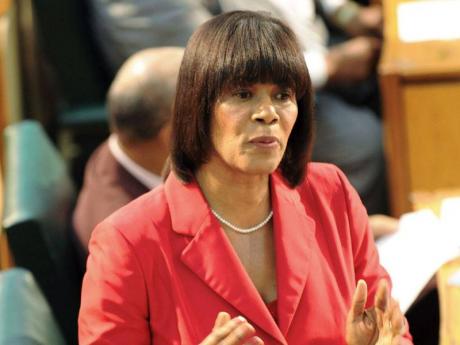 Faced with a mixed review about the performance of her administration in the first 100 days after she was given the mandate to form the government, Prime Minister Portia Simpson Miller went on the offensive on Saturday.

In a statement from Cartagena, Colombia, where the she was participating in the sixth Summit of the Americas, Simpson Miller claimed that good and steady progress has been made by her administration.

Simpson Miller also produced a list of what she described as the achievements. This is an edited version of that list.

Having acquainted itself with the economic situation and the limited options, one of the first orders of business of the new administration was to:

Put forward the Government's position for a new arrangement with the International Monetary Fund (IMF), recognising the IMF will play some role in our future, at least in the short to medium term.

Set the stage for discussions that will culminate with a possible country programme to commence during the spring meetings of the Fund, scheduled for April 20-22, in Washington, DC.

Strengthen the national economic team by establishing an Economic Council consisting of three distinguished Jamaican professionals who bring to the table years of experience and technical expertise.

Although the challenges in the area of national security continue:

March ended with the lowest murder count for any single month in the last nine years.

There has been a decline in sexual offences: rape is down by 24 per cent and carnal abuse by 51 per cent.

More firearms have been taken off the streets and from criminal hands: 138 illegal firearms recovered, compared to 122 for the similar period last year.

The draft of the organised/anti-gang legislation is now ready and is being reviewed. A $16-million anti-gang campaign commenced.

The DNA Bill is now with the chief parliamentary counsel.

Jamaicans are burdened with the high cost of energy whether for business, or residential use. Reducing the cost of energy remains a priority objective.

Transformation of the energy sector to bring more players and achieve greater efficiencies and reduce costs to consumers is under way, including inter-connectivity arrangement with the Jamaica Public Service Company, to allow those able to generate and supply consumers directly to do so.

Discussions re-opened with Trinidad and Tobago for the sourcing of LNG as we remain committed to the liquefied natural gas (LNG) project and intend to adhere to the 2014 deadline for completing the required facilities for its successful implementation.

The resort upgrading and beautification programme saw the completion and reopening of the Lovers Leap attraction.

$150 million has been allocated to employment-generating projects under Phase 1 of the Tourism Improvement Projects which is supporting the national job creation objective.

Airlift contract negotiations have been entered into once again with Aeroflot in Russia, one of the emerging markets currently being targeted.

To boost the job opportunities, the first phase of the Jamaica Emergency Employment Programme (JEEP) was rolled out. The Government has been able to identify some funds, without increasing the debt, to provide employment for 5,000 Jamaicans, approximately 1,200 of whom have already gained employment.

Another 85 have been trained and placed in education and an additional 200 persons are being trained under the Ministry of Youth and Culture to be certified in events coordination, lighting, stage management and production in keeping with the thrust to promote the cultural industries.

Vehicles valued at approximately $12 million were handed over to the four regional authorities, as part of efforts to enhance the vector-control programme.

The cobalt machines at the Kingston Public Hospital and the Cornwall Regional Hospital used to administer radiotherapy to cancer patients are back in service.

Cocoa production has also been resuscitated to help re-engineer our rural economy through agro-processing, eco-tourism and entrepreneurship. These projects will entail the propagation of 200,000 high-producing grafted seedlings which will be able to plant out 500 new acres of cocoa.

NYS trained 815 youths in business administration and deployed them to schools and other public bodies as support personnel.

Revision of National Cultural Policy has started with a target completion date of June.

Consultations have began on the way forward for amendments to the Noise Abatement Act & Entertainment Zones.

Expanded the scope of the weekly Jamaica House briefing.

Review of the Access to Information Act and recommendations made to reduce the number of 'exempt categories' in order to allow members of the public more access to Government information.

Momentum to successful switch over to digital by 2015 has started.

Redirected $300 million from other ministry programmes to allow for the increased funding for the early-childhood sector.

Reorganised the school-feeding programme to provide greater assistance to basic schools and to introduce a breakfast programme.

Established portal to facilitate public being able to ask questions directly to the minister: www.asktheminister.moe.gov.jm.

Finalised plans for civics in schools, the teachings of Marcus Garvey and respect agenda - a programme of values and attitude.

Partnership with the Jamaican-German Automotive School and JUTC for students to repair public buses.

Reactivated the National Commission on Science and Technology and the national awards programme in science and technology innovation.

A major step in the Justice Reform Implementation Unit with recruitment of a director (retired judge from Canada) and deputy director (a Jamaican).

3. May Pen in Clarendon

Establishment of 'Designated Authority' to bring into effect the Protected Disclosure (Whistle blower) Act passed in 2011.

Drafting instructions issued for the establishment of legislation to give power to judges of the Supreme Court to make orders for interim payment, in such circumstances as may be specified in the Rules of the Court.

Complete preparatory legal research to identify the appropriate legislative approach to be taken in amending the Constitution to adopt the CCJ as Jamaica's final court of appeal and for Jamaica to become a republic within the Commonwealth, in keeping with the recommendations arising from the constitutional review process which took place in the 1990s.

Prepared road map outlining a ten-point strategy to facilitate and stimulate investment, commerce and employment to modernise and enhance the competitiveness of local industries.

Key projects for growth in areas of tourism, shipping and logistics and infrastructure development identified.

Successfully staged the Jamaica Investment Forum in March which attracted over 380 participants, 109 of whom were international investors in the areas of manufacturing, mining and energy, ICT, finance and infrastructure development. Commitments were made to enhancing the investment and business environment for both domestic and foreign investors, and to facilitate the various investments leads that were brought to the forum for action.

Signed a memorandum of understanding with the Indian Small Business Development Agency for the provision of technical assistance and capacity building in the areas of business development, technology and innovation for the MSME Sector.