Under-16 netballers thrilled with Birmingham exchange 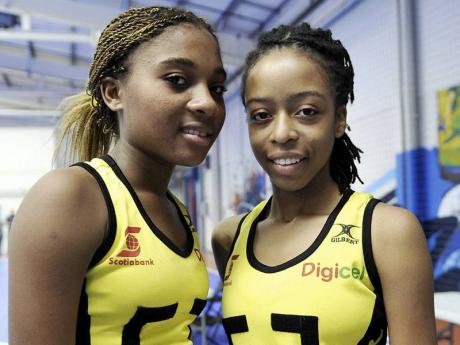 Jamaica's Under-16 netball team captain Imani Smalling (right) and Caralee Tingling pose after the team's 34-26 win over Birmingham's Under-16 team during their netball match at the Birmingham Futsal Arena in Birmingham, England, yesterday. Jamaica swept the series 3-0. - Contributed 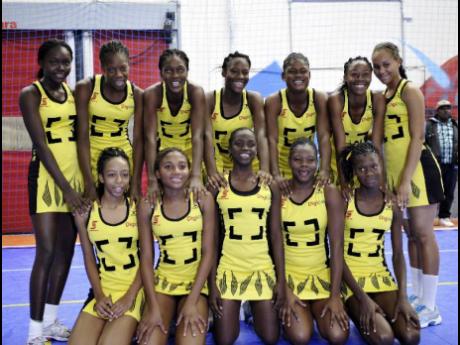 Members of Jamaica's Under-16 netball team are all smiles after beating the Birmingham Under-16 team 34-26 in their netball match yesterday at the Birmingham Futsal Arena in Birmingham, England. The win gave the Jamaicans a clean sweep in their three-match series. - Contributed
1
2

JAMAICA'S finest young netball players scored a victorious hat-trick in their three-match series against an under-16 team from Birmingham, as part of a cultural exchange programme leading up to the Olympic Games.

The 12-member squad from Jamaica was in Birmingham ahead of Jamaica's Olympic track and field team, who will base their pre-Games training camp at the University of Birmingham in July.

The national under-16 netball squad, led by captain Imani Smalling, beat the Birmingham team at every match held at Birmingham's Futsal Arena. They won their third game on Saturday by 34-26.

The squad also played the England national under-17 team yesterday and returns home to Jamaica today.

The Birmingham Jamaica Netball event, sponsored by Johnson Coaches, is the second part of an exchange trip. Last year, Birmingham's netball players were guests in Jamaica.

Sue Bell, organiser of the Birmingham Jamaica Netball Legacy Exchange, said: "It's been a fantastic experience for the girls from both countries and we hope this will be the beginning of a long and successful sporting connection. Events like these encourage more young people to get involved in sport.

"I hope our visitors have enjoyed being shown the sights of Birmingham - we know they loved shopping in the Bullring!"

When they weren't winning all their matches or sightseeing, the Jamaican squad enjoyed being treated as VIPs during what was for many their first trip to Birmingham.

Arleene Findlay, Jamaica under-16 coach, said: "I'm very proud of my girls and I'm delighted they have had such a warm welcome from the people of Birmingham. It's been very hectic, but they've had a wonderful time."

Imani Smalling, 16, team captain, from Clarendon, who goes to Glenmuir High School, said: "We've loved coming to Birmingham - it's been a fantastic trip. The people here are so friendly."

Her teammate, 15-year-old Alexce Francis from St Catherine, who attends St Catherine High School, added: "We've had a brilliant time - we love the buildings here. The only thing we would change is the weather - it's a bit cold!"