Not business as usual for street vendors 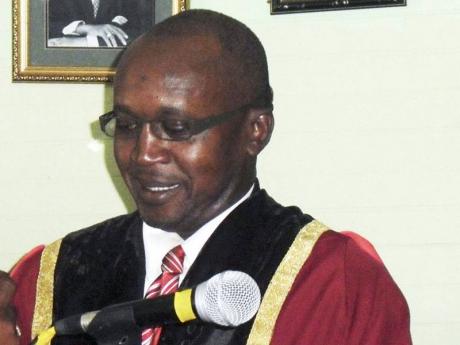 NEWLY INSTALLED mayor of the St Elizabeth Parish Council, Everton Fisher, has said he will take a stand against vendors and taxi operators in the parish who use the streets as their operating hub.

Fisher emphasised mediation as the first option for solving the congestion on the streets.

"I will not take a confrontational stand. I am going out to sit down with both market vendors and taxi men," Fisher told The Gleaner following the monthly meeting of the parish council last Thursday.

He said he will also use a team approach to solve the problem and will be collaborating with the police and other facilitators to assist with this issue.

The mayor has given taxi personnel until June to desist from operating on the road and use the park instead.

Regarding the vendors and their refusal to occupy the market house, the mayor said, "It will not be business as usual for them vending their wares on the streets of Santa Cruz."

Fisher dismissed the concern of inadequate space and committed to an improvement of the facilities, such as the bathroom, lighting and drainage. After the upgrades, the vendors will have to occupy the market house, with the exception of the Black River market, which is being renovated.

Fisher said he would also have dialogue with vendors at the famed Holland Bamboo, with a view to refurbish the stalls so they can be more aesthetically appealing and better situated, especially since it is a major traffic thoroughfare.