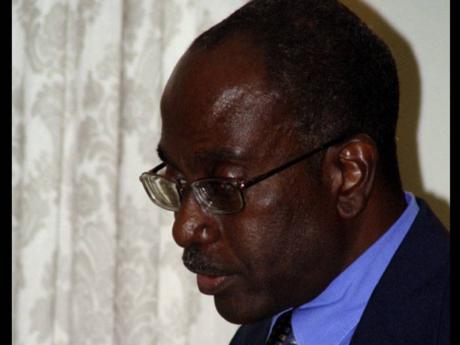 When you are uninformed or underinformed about a subject, it is always best not to pronounce on that subject but to ask questions.

Dr Orville Taylor should have heeded this proverbial advice when he was preparing to write his recent article about Easter myths.

The alleged anonymity of the Gospels in the New Testament has several facts against it. The Gospels were documents primarily written for and publicly read in worship in the Early Church, and as such their authorship was critical to their consideration for use in worship.

The first written Gospel to appear would have been subjected to severe scrutiny regarding apostolic authorship or linkage. As the noted German New Testament scholar Martin Hengel said, "... The new, exclusively Christian designation [euangellion=gospel], hard for a pagan reader to understand, used for a genre of writing connected with the teaching and activity and passion of Jesus, quickly attained great popularity in the Church and that thus as a rule the name of an apostolic author was associated with it." (in his The Four Gospels and the One Gospel of Jesus Christ, 2000, p. 60).

Once there was a plurality of Gospels, authorship was not just important but indispensably necessary for identification regarding source and for storage purposes in church collections and libraries, without which confusion would reign.

Papias, Bishop of Hierapolis in Asia Minor, writing about AD 130 (in the fragments of his works that have come down to us), is the first to make mention of two Gospel authors, Mark (whom he calls 'interpreter of Peter') and Matthew (see J.B. Lightfoot, The Apostolic Fathers, p. 265)

By about AD 180, Irenaeus, Bishop of Lyons, speaks of the four Gospel authors and their accounts (see Eusebius, Ecclesiastical History, Book 5, chapter 8, 2-4, Popular Edition, p. 187-188). Even the heretic Marcion, writing in the middle of the second century, reflects knowledge of the traditional authorship of the canonical Gospels.

This shows that though, like the Annals of the Roman Historian Tacitus, there is no clear internal evidence of authorship, the Gospels did not flourish as anonymous works at all. The scribes who made copies of the Gospels for public reading in churches, and the churches for which the books were intended, knew the authors associated with each Gospel.

In an age before book spines and author's page, a tag would be somehow attached to a scroll or an author designation indicated somewhere when the codex replaced the scroll.

Indeed, in the ancient world, anonymous documents were exceedingly rare; pseudonymity (appending the name of some famous author to one's work) was the preferred way of doing things.

The Rev Clinton Chisholm is a Baptist minister and theologian. Email feedback to columns@gleanerjm.com.