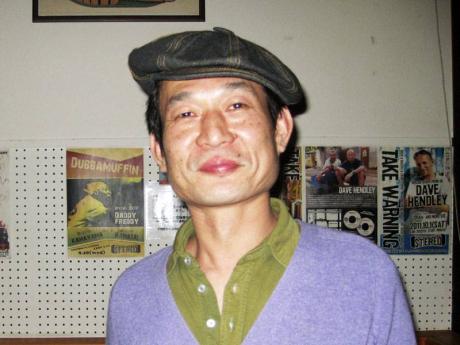 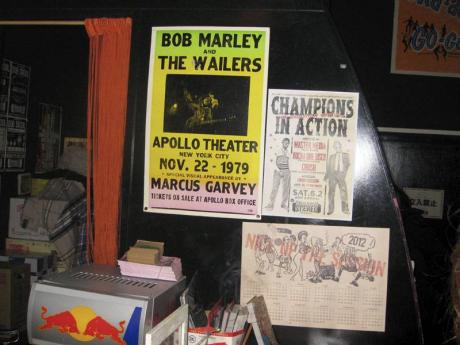 Bob is on the wall and Champions in Action is not quite the same as the former Presidential Click stage show at Club Stereo, Osaka, Japan. 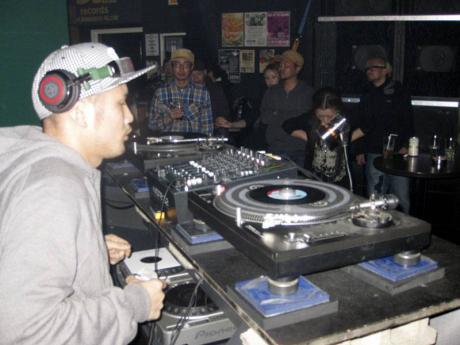 Selector Majunior at the controls of Club Stereo house sound system, Touch the Sky, as the audience builds on a Sunday night in Osaka, Japan. 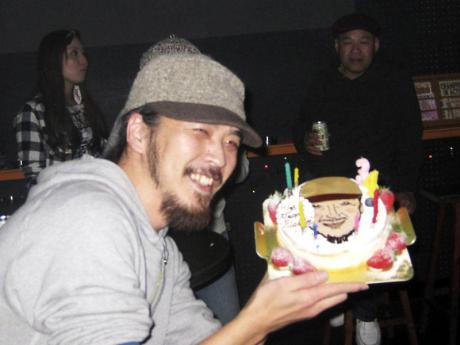 It was the second Sunday in April and in Osaka, Japan, the
customary Good Friday observations that would have closed down Jamaica
passed without a slowdown in the teeming day and nightlife of Japan's
third-largest city by population. Easter Monday would also flit by
without a blip on the country's - and naturally Osaka's - radar, when the day Christ is reputed to have arisen came up 14 hours before Jamaica.

Inside Club Stereo, in the famed entertainment and shopping district around the Namba transportation station, the tower of black speaker boxes screamed the presence of a Jamaican-style sound system, with two strips of neon lights a definite Japanese touch. There was also another definite Jamaican dancehall touch, a Guinness banner strung up under the elevated performance area, a number of posters for past events set against the predominantly black décor.

It was a special night at the Jamaican music club, which runs seven days a week with a number of special events and 'bar style' nights when there is no party on the calendar of events.

Club manager High-C was celebrating his birthday, although the cake which was presented to him still came as a surprise.

That presentation was a 'pause for a cause' in the music, but it was soon back to rockers business inside the club, tiny by Jamaican standards (floor area less than a quarter of Club Riddim in New Kingston), but this is a city with a population about equal to or slightly higher than all of Jamaica, where space is at a premium.

Majunior was on the Technics turntables and there was a sense of camaraderie in the greetings exchanged among the Japanese who kept coming in as the night went on.

The music was not standard current Jamaican session fare. After the Happy Birthday had been sung and High-C blew out the candles for his 34th year on Earth, Hopeton Lindo's Territory was on the sound system and Club Stereo was rocking.

The 'big-ups' were done in very familiar style before Dennis Brown's version of Natural Mystic was on. There were back-to-back 'weed tunes', John Holt's Police in Helicopter and Tristan Palma's Joker Smoker among them.

High-C said Club Stereo was one and a half years old, set up when the Drum&Bass record store (run by renowned Japanese reggae figure Masa) it shares a street entrance with moved to that location.

"We used to have only the record shop, but opened the store when we moved to this location. Me have a sound system (one half of Touch the Sky provides the house sound) and record sales go down too," he said.

The club is committed to the vinyl sound, High-C happily saying that Touch the Sky does not even have CD and MP3 player capabilities as "vinyl sound better; we trust vinyl sound".

The club's April 2012 calendar shows the diversity. It opened with 'Jamaican Sunday', which promised soul, R&B, ska to dancehall; dancehall and more is slated for April 12, guest band Duvali plays in 'A Different Song', subtitled a '70s to '90s roots rock revival on April 16; and Rebellion (dancehall '80s to new) on the 27th is followed by 'History of Reggae' ('60s to '90s Jamaican music) on the 28th.

Saying that there are "nuff reggae clubs" in Osaka, High-C pointed out that Club Stereo is an unusual set-up as "most clubs do Passa Passa and young people thing, but we prefer a lot of Jamaican music, different thing".

Club Stereo is open up to 4 a.m. on Fridays and Saturdays and 2 a.m. Monday to Thursday, closing at midnight on Sunday. There is another striking similarity with the Jamaican scene, High-C claimed, as the police have made their presence felt, "same like Jamaica".

There are times when Touch the Sky sends Jamaican music skywards without the roof to contain the sound. "Summer time we carry the sound outside and deal with it," High-C said.