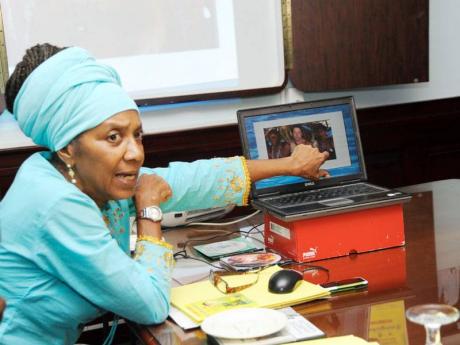 Barbara Blake Hannah, chairperson of the Reggae Film Festival, makes a point at the festival's launch at the Hilton Kingston hotel on January 28. - Ricardo Makyn/Staff Photographer 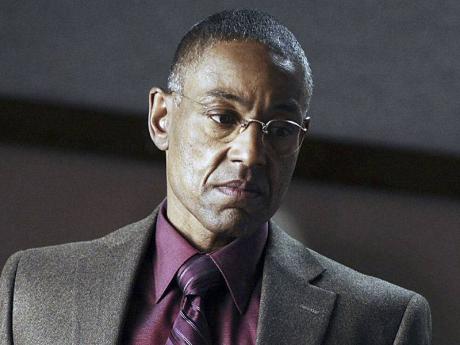 Giancarlo Esposito in a scene from an episode of 'Breaking Bad' where he plays a drug dealer/upstanding citizen. - Contributed 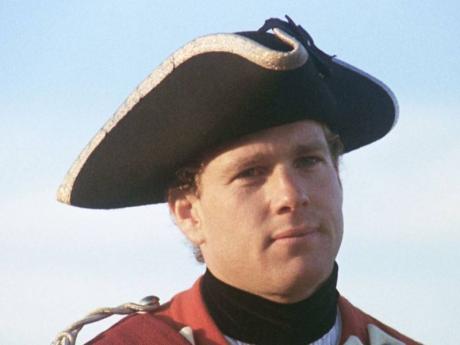 Organisers of this year's Reggae Film Festival are expecting the event to surpass previous presentations, with the opening-night screening of Sing Your Song, the HBO documentary on singer/social activist Harry Belafonte, whose Jamaican roots took him to fame as singer of Jamaica Farewell and Day-Oh - The Banana Boat Song.

Among the festival highlights are three new features and several shorts by Jamaican filmmakers, the presence of a well-known African-American producer/director/actor and the award of $50,000 for the winner of the RBC Make A Film In 24 Hours competition.

The festival week began yesterday with the two-day RBC Make A Film In 24 Hours competition that ends today. Film screenings begin with a gala opening at 7 p.m. on Wednesday, continuing until the awards night on Sunday.

The festival includes films from the United States, the United Kingdom, Canada, Serbia and a Caribbean programme of films selected by the Trinidad and Tobago Film Festival.

Teams of Jamaican filmmakers are already competing in the RBC Make A Film In 24 Hours competition to be judged by a panel of four.

The increasingly popular competition is expected to see keen amateur and professional Jamaican filmmakers showcase their filmmaking skills in a five-minute film to be returned today, having started yesterday.

Entries will be shown at night during the festival programme, before a final winner is selected.

Because of the volume of film entries and the many activities planned for the week, the organisers have moved to a larger venue in the Gardens of the Jamaica Pegasus.

Festival Director Barbara Blake Hannah says that the fifth edition of the Reggae Film Festival will be a positive step forward in its efforts to help build the Jamaican film industry.

In a surprising move, after rejecting Slumber Party Slaughter, a Hollywood horror-film entry co-starring '70s Hollywood icon Ryan O'Neal, as unsuitable for the Reggae Film Festival, a special midnight screening of the film will take place outside the film festival, to be attended by the film's producer/director.

Seminars and press conferences with festival guests will be held on Thursday afternoon, but the Reggae Film Festival cinema will close that night for the free premiere of Marley.

The Reggae Film Festival comes to a close on Sunday with the presentation of awards in several categories including the 24-hour competition. The night ends with the screening of the 'best' of the week's feature and documentary entries.

The Reggae Film Festival will hold a scriptwriting seminar on Thursday, with guest speakers Amba Chevannes and Tanya Davies.

Chevannes is a graduate of the University of the West Indies and the Tisch School of the Arts in New York. She has a Master of Fine Arts in dramatic writing. She teaches screenplay writing at the Edna Manley College and Media Training Institute. She has written several screen plays and plays, some of which have gone on to stage and the small screen. Two of her plays received critical acclaim in 2007 and 2008. She is also a partner and producer at MADKOW Productions. She will be presenting on the technical aspects of writing a screenplay and breaking into the business.

Tanya Davies is a creative agent who writes, produces, illustrates, designs, teaches and consults in the fields of traditional, digital and interactive media. She has written several locally produced television screenplays and serials. Davies has received honorary mention in the Organisation of Black Screenwriters Screenwriting Competition and Jury of Peers Competition for her feature-length script Maroon, and was an honorary recipient of the Princess Grace Award for her undergraduate thesis.

A current lecturer (primarily online) at the Northern Caribbean University in Jamaica, Davies teaches TV production, writing for e-Media and scriptwriting. Co-founder of The Writer's Clinic which offers consultations, analysis, workshops, seminars, and basic legal/contract counsel for aspiring or professional television/radio narrative scriptwriters, Davies will be presenting on the legal and financial aspects of writing.

Kevin Jackson, the coordinator of the scriptwriting seminar, is also a writer himself and an up-and-coming film director. He has several published short stories and articles, he has written several short and feature-length screenplays, some of which he is focused on releasing this year.

He is the founder of the Jamaican Film Industry Facebook page, a group enabling Jamaican filmmakers and film enthusiasts to network.

Conclusion of RBC Make A Film In 24 Hours

Since I Fell For You