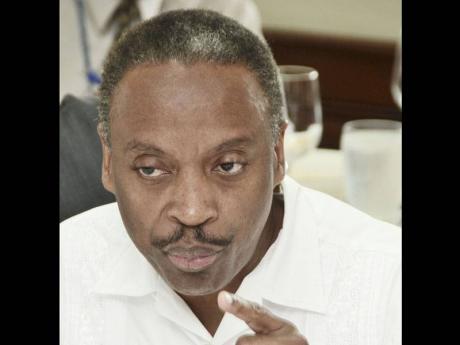 PRESIDENT OF Jamaica Chamber of Commerce Milton Samuda said some government services will have to be divested to the private sector in order to drive efficiency and improve competitiveness in the economy.

Samuda was addressing the business community and other interests at the Portland Chamber of Commerce quarterly meeting, held at the Ken Wright Pier terminal building in Port Antonio last Thursday evening.

"Government in Jamaica for too long has been too large. And I am not referring to the size of the Cabinet. Government looms large in our lives in a way it ought not to. It is intrusive. And one of the things that we can do as a private-sector organisation is to urge that it changes. And one of the ways to change it is to shrink it by divesting several of the services to the private sector."

According to Samuda, it is a sensible way forward, which will result in the saving of critical jobs. He, however, admitted that some jobs may well be lost, but argued that in order to create efficiency and for the economy to remain competitive, some jobs will have to go.

"To the extent that things are re-engineered in a way that they are being done, it would therefore mean that those jobs can be picked up in the private sector in a far more efficient manner. There is no reason why the penal system or places of safety ought to be the exclusive purview of the Government of Jamaica. In other countries, those services are rendered by the private sector."

The national chamber boss said some tough decisions have to be made urgently as Jamaica is running out of time.

"The decisions that we ought to have made over a period of time as a maturing independent nation are now being made for us, as there is literally no other choice. We have for so long, lived so far above our means that we now have to be forced to tighten our belts to the extent that we are in danger of having the buckles meet at the back. But that is what happens when you do not face your difficulties and speak truth to yourself and deal with your situation."