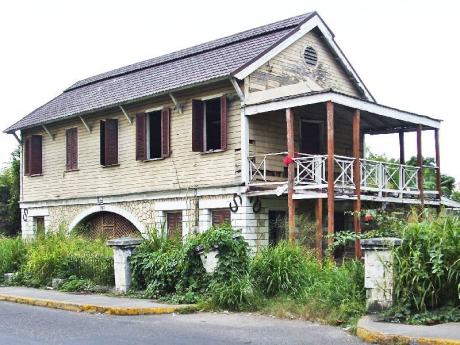 IN ONE of his first moves towards improving the state of Ocho Rios, newly elected councillor for the division, Dr Rohan Williams, has urged the Government to restore the old Ocho Rios courthouse and turn it into a civic centre for the resort town.

In a release last week, Dr Williams said the courthouse, which was closed in 2005, has been left to deteriorate. He said the compound is overgrown with bush and is a major eyesore in the heart of the town.

According to Williams, the 1890 building represents one of the finest Georgian architecture in the town and should be restored and put to good use.

He said as a civic centre, the building could be used by business persons and ordinary residents for meetings and other activities and also act as an advice centre for locals and visitors.

The councillor said the proposal would be for the civic centre to be managed by a specially selected committee.

Williams said he will be writing Prime Minister Portia Simpson Miller to seek her approval for the Government to initiate this proposed restoration project for the benefit of the people of Ocho Rios.