Crossing the line in Crooks Gate 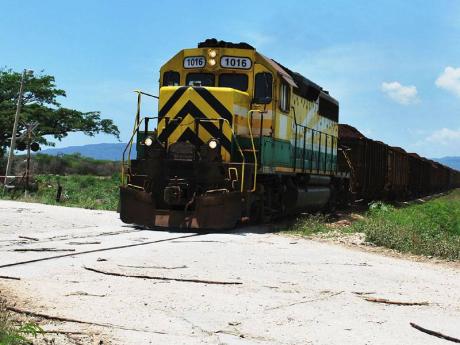 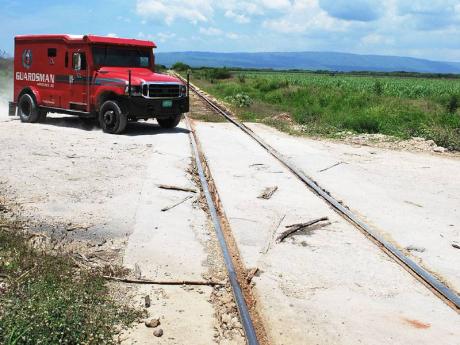 A truck makes its way across the rails in Crooks Gate, Clarendon. 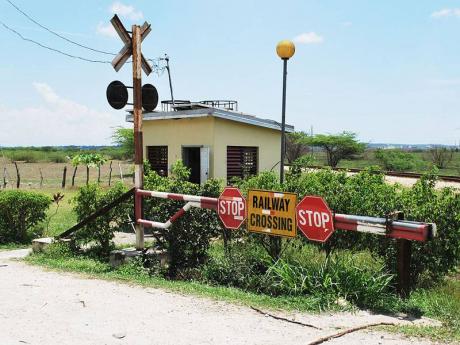 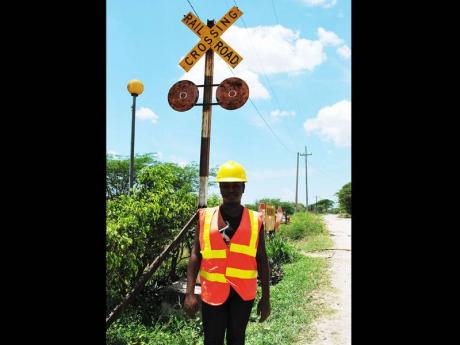 Walking along a dusty stretch of road on a particularly warm afternoon in Crooks Gate, Clarendon, I spotted a man with dreadlocks, looking over a fence. His hair was wrapped tightly and the resulting mass of locks was positioned atop his head like a tam, or a crown of sorts. I was passing behind him and called out a greeting. The man didn't respond. He just continued staring in the distance. I stopped, curious to see what had so captured his attention. All I saw were some cows grazing in a field. Nothing remarkable there. I walked closer and repeated my greeting. The dreadlocked man snapped out of his trance.

"Eh, yeah man! Yes man, mi deh yah man," he said, chuckling at the end. I asked him what he was looking at.

I waited for the rest of it, but he said nothing more. Not wanting to be caught on a lonely road with a man with a bovine fascination, I was about to walk off, when luckily, he continued.

Relieved, I asked him how long he would have to stand there. "Well mi walk around, yuh know. Mi watch here and den when di spirit teck mi, mi just walk round to di edda side and gwaan look," he said.

I wished him well and moved on. There's lots of open space in Crooks Gate. Lots of cane and fruit trees line the roadway. It seemed it hadn't rained in a while. Everything was dusty. As I approached a railway crossing, I heard a sneeze. It seemed to have come from a small-concrete building next to the gate that's used to block traffic when a train passes.

I walked up to the building and inside, I met Tanesha the gate operator. She was sitting on a plastic chair with her legs stretched out on a table in front of her. Now it was still early afternoon and Tanesha had arrived at her post at six that morning and would not be going anywhere until six in the evening. It seemed like a tedious endeavour. I asked her about it.

"It not really boring, yuh know. I used to it," she said. Tanesha yawned. She told me that she had been the gatekeeper of the Crooks Gate railway crossing for eight years and that she loved what she did. "Yes man. I know the people who pass and even the train operators know me now," she said.

I asked Tanesha if she lived in Crooks Gate. "Yes man, but further up," she said. I asked her about the community.

"Well is a slow-moving place, yuh know. It have a basic school and so on but nothing much don't really happen here. Is a more easy-going kind of place," she said.

"People might find it boring, like how nuff people always ask mi if my work boring, but I like it. I don't find it boring. Crooks Gate alright wid me."