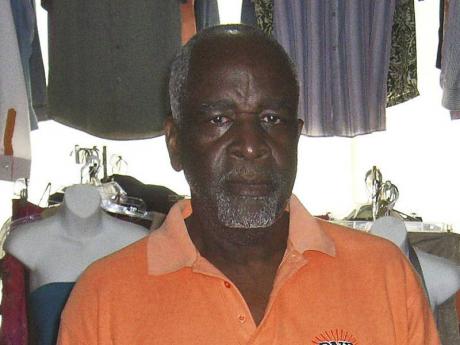 THE PORTLAND Parish Council is racing against the clock to curtail the problem of illegal vending along William Street in Port Antonio, which is affecting the free flow of vehicular and pedestrian traffic along that thoroughfare.

Secretary manager of the council, Joan Thomas, said the matter is being treated with the utmost urgency but noted that a proper approach needed to be adapted to deal with the matter. She said the council was eagerly awaiting the gazetting of the traffic management plan, which is just one step to bringing order to William Street.

"Once we can get the cooperation of the police, the law will be effectively enforced. It is not a quick-fix situation, it has always been there, but it is just that there has never been a planned and sustainable approach. It is not that the council is not doing anything, and yes it might be a little slow in coming, but we are determined to restore order along that street."

Veteran councillor Dexter Rowland, who brought up the matter at the monthly sitting of the parish council last Thursday, said he had deep concerns for the vendors, who he said were only seeking to earn an honest living. He said the council should instead seek to identify an alternative location, preferably at the bus park along Gideon Avenue, which could adequately house the vendors.

In the meantime, deputy mayor Wayne Mckenzie urged the council to act speedily in restoring law and order in that area, as to delay addressing the matter could result in Portlanders being exposed to a different type of culture brought in from elsewhere.

"This is a matter of national security. We are not trampling on people's lives, but we have to sit with the police and work out a plan to stem the illegal activities - and inform persons about the changes, and implement them speedily. This is a quiet and peaceful town, and every effort must be made to preserve this, McKenzie said."