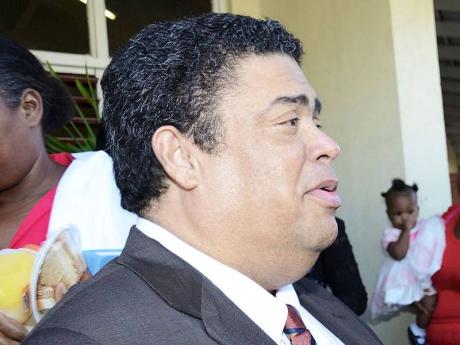 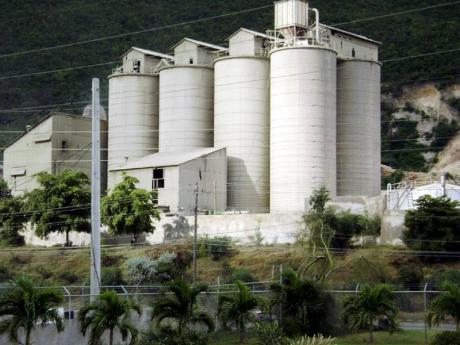 Auditors Ernst & Young has criticised the inclusion of future sales under the PetroCaribe agreement by the Caribbean Cement Company Limited (CCCL) in its 2011 financial report which, if excluded, would wipe out the company's shareholders' equity and worsen its loss position to $3.3 billion.

At the same time, it has emerged that Carib Cement's parent, Trinidad Cement Limited, made a US$62 million (TT$384.4m) loss for its financial year ending December 2011, 405 per cent higher than the US$12.2 million (TT$76 million) recorded a year earlier. The company blamed rising costs for its deepening troubles.

Carib Cement's management accounted for the future sales by reducing the impairment of its plant assets by over $760 million, its auditors stated in an accompanying notice to the financials dated April 12.

Impairment of asset refers to a situation where a company's asset is worth less on the market than the value listed on the company's balance sheet.

The auditor's opinion puts CCCL, already in a debt restructuring negotiation, into the arguable position of negative equity in which its liabilities exceed its assets.

CCCL General Manager Anthony Haynes, however, disagrees with the auditors' opinion, arguing that the proposed contract encompasses the private sector trade benefits under the existing PetroCaribe oil agreement with Venezuela.

The benefit includes government forgoing payment of interest for goods supplied to Venezuela. In turn, the Jamaican government would pay CCL for the exports.

"Yes, we disagree and politely so," Haynes said in a Wednesday Business interview. He explained that the trade of cement requires signing by governments, but that was delayed due to recent elections in Jamaica and Venezuela, as well as Venezuelan President Hugo Chavez's cancer treatment.

CCCL believes it can increase sales of cement by up to 50 per cent with the Venezuelan contract, based on the demand in that country, Haynes reasoned.

Annual sales hit some $8 billion from production of 800,000 tons of cement for 2011. However, the production potential stands at 1.2 million tons.

"We have an opportunity to increase sales to 50 per cent. That is why we continue to pursue it (the agreement)," he said.

During the year, the company recorded impairment losses pertaining to plant and machinery and deferred tax assets totalling $193.2 million and $618.39 million, respectively, the auditors stated.

"These impairment losses were determined based on management's projections, which assumed that the group will generate significant revenue from exports to a certain market under a proposed agreement currently under active negotiation, for which the terms and conditions have not been agreed as at the date of this audit report," the auditors said.

"We have not obtained sufficient appropriate audit evidence to support the inclusion of the cash-flows from these exports," stated Ernst & Young.

It added that had management excluded those cash flows from its projections, the group would have recognised an additional impairment loss of $764.88 million in the statement of comprehensive income for the year ended 2011.

"Additionally, the group would have recorded a shareholders' deficiency amounting to $355.69 million and net loss after tax of $3.37 billion as at 31 December 2011," it stated.

Haynes said CCL continues to improve its performance, indicating that despite the worsening net loss, which is down 67 per cent, from $1.5 billion to $2.6 billion, the operations have returned to a cash-positive position.

"It's not a pretty position but it's a temporary one," he said, adding that the cash-flow position indicated a return to positive cash position of more than $115 million.

In 2011, total cement sales volumes grew by 6.0 per cent, with export sales rising by 11 per cent and the local market showing a 4.0 per cent gain.

While the domestic growth was rather modest, it represents a landmark and a reversal of the continuous decline in domestic sales over the past five years, stated Carib Cement's management in the financials.

The company said the improved local sales volumes were driven by a 45 per cent increase in bulk cement sales as the Government's infrastructural development programme got going.

The outlook remains dissappointing for the island's cement giant.

"At the time of writing, volumes in the domestic market are on par with the prior year period, which is disappointing based on the rebound that was seen in the latter part of last year," the company said.

It noted that in January a new government entered office and has placed moving the economy forward, and job creation high on their agenda.

The cement company said that provided real economic growth is realised, cement demand and therefore the fortunes of the company will improve. However, it also noted that "significant threats remain and the future remains uncertain and, as such, we will continue to remain focused on effective cost management and gaining entry to new markets", stated management.