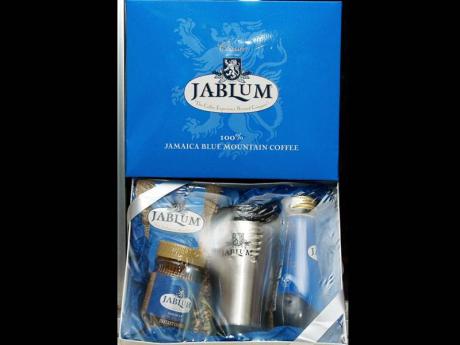 Mavis Bank Coffee Factory Limited's (MBCF) signature Jablum product line is now listed within Harvey Nichols, a move which will take the brand into the homes of 170,000 online shoppers and six stores across the United Kingdom, says CEO Norman Grant.

"The company's strategy over the next five to 10 years is to grow the sales in European market for both the MBCF brand of green Jamaica Blue Mountain coffee beans and Jablum roasted coffee," Grant told Wednesday Business.

The aim is to grow European sales from the current five per cent to about 15 to 20 per cent of Mavis Bank's total sales, said Grant.

"The listing with Harvey Nichols will contribute to the achievement of this goal," he said.

Headquartered in Knightsbridge, London, Harvey Nichols is a one-stop shop for the world's most exclusive brands.

Founded in 1813 and sold for £137.5 million to Hong Kong businessman Dickson Poon in 2003, stores are also located in Bristol, Manchester, Edinburgh, Birmingham and Leeds and the Oxo Tower and Prism restaurants in London. It also has stores in Dublin, Hong Kong, Dubai, Saudi Arabia, Turkey and Indonesia.

Mavis Bank is the registered owner of the Jablum trademark, and its products are offered for sale in Japan, China, South Korea, the United States of America, the United Kingdom, and the Caribbean

Grant said the listing with Harvey Nichols was finalised at the end of March, but declined to disclose the terms of the partnership.

The Harvey Nichols website lists Jablum in the food and wine category with an 'exclusive' label. In its signature silver and blue container, the Jablum coffee is described as "Jamaican Blue Mountain Coffee Decaff Beans 170g" and priced at £19.95.

"Harvey Nichols is excited to launch Jablum - Jamaica Blue Mountain Coffee, a 100 per cent pure and unblended coffee with a uniquely deep, rich and authentically Jamaican taste," said Emiley Taylor, spokeswoman for Harvey Nichols, in a release announcing the deal.

Harvey Nichols, described in trade as an upmarket department store chain selling many international brands of clothing for women and men, fashion accessories, beauty products, wine and food, is said to be a niche for younger shoppers, with its chief rival being Harrods.

Prior to the listing, Jablum's roasted ground and whole bean coffee was vacuum packed in six-ounce, one-way-valve bags to preserve freshness.

Mavis Bank made J$700 million in sales in 2010 - the last year for which data are available - down 30 per cent on sales of J$1 billion in 2009. The operation was sold last October to the Jamaica Producers Group/Pan Jamaican consortium.

The coffee producer has been working for some time to diversify its market away from Japan, which has bought less coffee during the recession.

The UK deal, Grant said, is the result of "a very long, diligent and committed discussions with Harvey Nichols with and through one of our representatives in the UK, House of Blue Mountain. This recent listing is in keeping with the company's thrust to diversify the Jamaica Blue Mountain coffee market and to focus also on the expansion of the value added chain. The listing will also see the brand strategically positioned to contribute to increased sales and brand building and recognition during the 2012 Summer Olympic Games in London, scheduled for July 27 to August 12, 2012," Grant said.

Grant said in the release on the deal that Mavis Bank Coffee Factory Limited through the House of Blue Mountain will be revealing its new approach to coffee culture at unique launch and tasting events held in conjunction with Harvey Nichols.