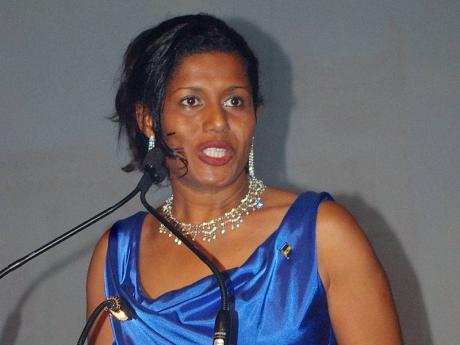 Labour and Social Security Minister Dr Esther Byer Suckoo has a message for her fellow citizens. Learn a foreign language.

She says as the island continues to sign bilateral trade agreements, pursue foreign direct investment, and attract tourists from non-traditional markets, it is imperative for citizens to develop their language skills.

The minister notes that she is impressed with the "multilingual nature of Aruba" where she recently addressed business leaders in that Dutch territory.

She said that the majority of Aruban nationals were fluent in Papiamento (an indigenous Portuguese-based creole), Dutch, Spanish, Portuguese and English and that the former Dutch country insists that primary school children master English and Spanish, since English is considered to be the language of international business.

The labour minister said while Barbados had introduced Spanish at the primary-school level, businesses and individuals also needed to be more aggressive in their pursuit of foreign-language skills.

"We are talking about developing and enhancing trade with the French Caribbean and Latin America. We also want to attract tourists from those countries to Barbados. We can't do that and only speak English. this certainly shows that we need to be speaking more languages, specifically Spanish, French and Portuguese," Byer Suckoo said.

"It is envisaged that a business seeking to expand into foreign markets would initially use technology, but a business will eventually want to have a (physical) presence in those countries.

If a company from Barbados is expanding into Brazil, for example, this creates jobs in both countries; and if Barbadians are unable to fill those positions because of language barriers, then it means that Brazilians will have to fill the jobs on both sides because they speak English and Portuguese," she said.

But she said she is encouraged that people "in midlife" are learning foreign languages "because they realise it makes them more marketable.

"So you would see more mature folks enrolling in the Venezuelan Institute, the Alliance Française and the Barbados Community College. But, it needs to be in our psyche from very early, that we as Barbadians should speak more languages. This country has a bright, intelligent and skilled population, but we need to develop our language skills," she added.