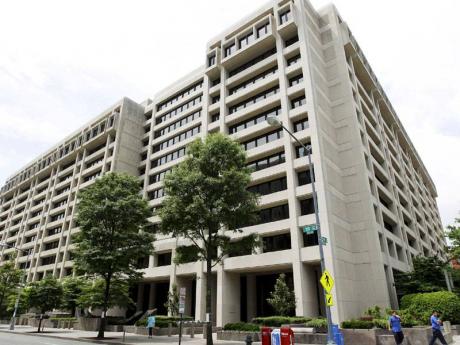 The International Monetary Fund (IMF) is more optimistic about the global economy after seeing faster United States (US) growth and a coordinated effort in Europe to address its debt crisis.

The global lending organisation said Tuesday that the US economy should expand 2.1 per cent this year. Europe will likely shrink 0.3 per cent and the world economy should grow 3.5 per cent. All three of the IMF's estimates are slightly better than its January forecasts.

The group praised European leaders for bulking up its bailout fund and taking other steps to address the crisis. The 17 countries that use the euro currency should emerge from a shallow recession later this year, the IMF said.

The IMF said the crisis continues to loom as the biggest threat to the global economy.

"With the passing of the (European) crisis, and some good news about the US economy, some optimism has returned," IMF Chief Economist Olivier Blanchard said. "It should remain tempered."

The IMF's World Economic Outlook report comes as the 187-nation organisation and its sister lending institution, the World Bank, prepare to hold their spring meetings in Washington this week.

The report represents improvement from January, when IMF officials warned that the global economic recovery was in danger of stalling.

Since then, European leaders have worked together on a plan intended to restrain deficit spending. New governments in Spain and Italy have committed to reforms and spending cuts. And the European Central Bank has lent more than $1 trillion to the region's banks. That has brought down borrowing costs in some of the most troubled countries.

In the US, consumers are spending more, business investment has grown and the job market has shown "signs of life", the report says.

Blanchard said that recent steps to boost Europe's bailout fund to about US$1 trillion are important, but that alone cannot solve the crisis.

One key challenge for Europe is balancing the need to cut government budget deficits without choking off growth, he added. This is made more difficult by investors, who demand deficit cuts but react badly when such cuts reduce growth. Spain is struggling with this challenge at the moment, Blanchard said.

Still, "the right strategy is the same as before," he said. Governments need to make short-term cuts to establish credibility. But they should primarily focus on long-term commitments that decrease trend spending and put in place rules that reduce deficits over time, he said.

The risk that Europe's debt crisis could worsen remains high, he noted. And even if it does not, growth in most advanced economies is likely to remain slow.

A separate report from the IMF forecast that Spain and Italy were likely to miss their budget deficit targets for this year. Spain's deficit will equal six per cent of its economy, the fund said in its Fiscal Monitor report. That's above its target of 5.3 per cent.

Italy's deficit will reach 2.4 per cent of its economy this year, above its 1.2 per cent target.

Spain's government plans a steep cut to its budget deficit this year, despite sky-high unemployment of nearly 22 per cent. Some economists worry the cuts will slow the economy even more.

The fund said Spain's policies are "broadly appropriate", but added that "slightly more moderate" deficit reductions "would have been preferable".

Governments are cutting spending and raising taxes in Europe, the United States and Japan, dragging on growth, the report said. And banks are also reducing their debts, particularly in Europe. That's reducing lending and also slowing growth.

Overall, the economic landscape has improved from only a few months ago. IMF Managing Director Christine Lagarde said last week that the better outlook means the IMF might not need to seek as big a boost to its war chest. She had suggested in a January speech that the international lending organisation would need an additional US$500 billion, on top of the roughly US$385 billion it already has.

Lagarde is seeking the additional funds to help Europe resolve its debt crisis and keep the impact from spreading to other regions.

She didn't specify a figure last week, but indicated that she hoped to resolve the issue at the April 20-22 meetings of the IMF and World Bank.

Earlier Tuesday, Japan pledged to provide US$60 billion in loans to the IMF, a move Lagarde called "an important step".