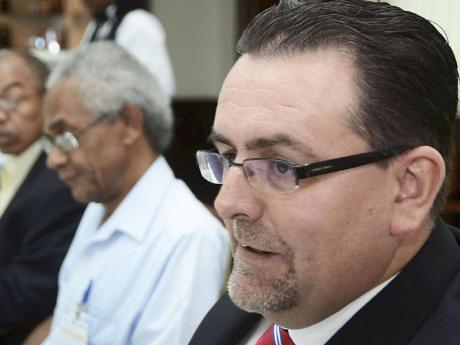 With just 100 days to go before the 2012 Olympic Games, the city of Birmingham, located in West Midlands, England, is ready to welcome the Jamaican and United States (US) track and field teams with open arms.

The United Kingdom city, which is approximately 130 miles from the Olympic Stadium in London, has been selected by both countries as their training base in the lead-up to the games. The US team will train at Birchfield Harriers' Perry Barr stadium, while the athletes from the Jamaican squad will be based at Birmingham University. The deal with both teams is expected to be worth approximately £15 million combined for the city.

Dr Warren Blake, president of the Jamaica Athletics Administrative Association, confirmed that his recent visit to Birmingham has indeed revealed that Jamaica being hosted there was a big deal for the city.

"The square around the city council will be transformed into a Jamaica zone, which as far as I know, is the first of its kind. Bear in mind that nothing similar will be done for other countries," said Blake.

He shared that at Birmingham University, the running track was also being relaid two years early, to ensure that it is in perfect condition for the team.