Food situation should be easier to digest - Blake 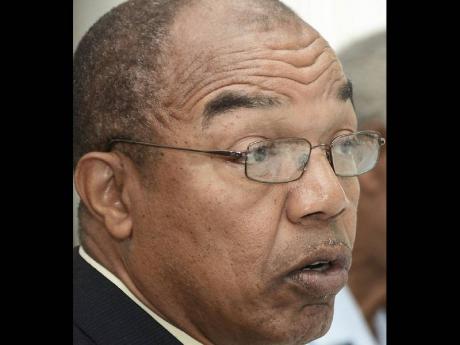 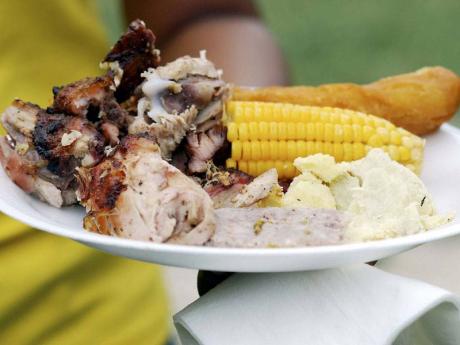 Jamaican jerk with festival and corn. 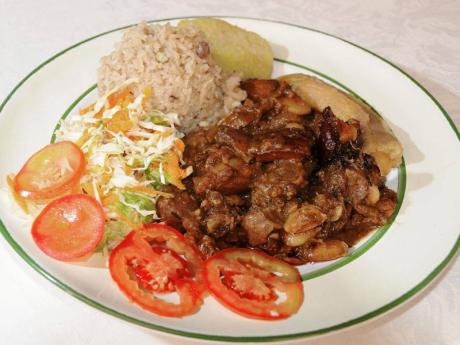 Despite believing there was an exaggeration of the displeasure expressed by members of Jamaica's contingent to the 2011 World Championships last year, regarding the absence of Jamaican-style food, President of the Jamaica Athletic Administrative Association (JAAA), Dr Warren Blake, is hopeful that the meals at the London 2012 Olympics will find better favour with the athletes.

"The Daegu situation, in my opinion, was overplayed, because the food is provided by the host nation," Blake said. He was speaking at a special Gleaner Editors' Forum, to mark the 100-day countdown to the London Olympics, held at the newspaper's North Street, central Kingston offices.

Blake, who is also chairman of the Institute of Sports, further argued that many of the athletes who travel to Europe to compete consume the same type of food that was offered at the 2011 World Championships village in Daegu, South Korea.

"When they go to Europe to complete in the Grand Prix and the Golden League, what do they eat? Do they eat Jamaican foods?" Blake questioned. "No, but they suffice and they eat it (food offered) and they say nothing and that's why I say it was overplayed."

The local administration has no control over the preparation of meals and the type of food served at the village, nor can food be carried into the village, which is under the control of the International Olympics Association.

Blake is, however, hoping that the team will be as fortunate as it was at the 2008 Olympics in Beijing, China and the 2009 World Championships in Berlin, Germany.

"What happened in Beijing is that our high commissioner gave us the use of his cook and she came into the hotel and stayed at the village that we stayed at and she was able to ensure that we got one home-cooked Jamaican meal each day," Blake recounted. "She also supervised the Chinese cooks, as to how to prepare the meals to suit us."

He added: "When we went into the village (at the World Championships in Berlin) … we were also lucky again, because the person in charge of the catering there was a Jamaican who lives in Canada and he ensured that Jamaican meals were available just for our athletes."

Jamaica's Olympics team to the Games of the 30th Olympiad will be hosted in the city of Birmingham by the Birmingham City Council and the University of Birmingham, which have jointly put up more than £200,000 to host the camp. Blake has assured that the athletes will be treated to their usual Jamaican cuisine at the pre-Olympics camp.

"The village is separate and apart from our camp, so our camp will be looked after," Blake revealed. "Grace(Kennedy) is sending their chef up there and, in fact, the liaison has already started between the Grace chef and the chefs that the University of Birmingham have employed and the menus and everything are being sorted out," he added.

The athletes will break camp close to the start of competition on July 27 and move into the athletes' village where they will remain until the conclusion of the Games on August 12.