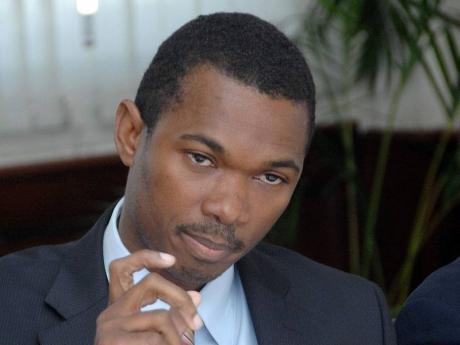 State Minister in the Ministry of Foreign Affairs and Foreign Trade, Arnaldo Brown, has described the upcoming Olympic Games as a great opportunity to engage the Jamaican Diaspora.

Brown, revealing that the Government was still in need of approximately $400 million to stage its 50th Independence celebrations, noted that the Games would allow the State to provide an opportunity to engage the diaspora.

"The fact that the 50th anniversary and the Olympics will coincide, there will be a lot of patriotic fervour that we can tap into … . The Government of Jamaica is doing all it can to capitalise on the attention that Jamaica will get coming out of the Olympics," said Brown, who, as minister with responsibility for the diaspora, will be making several trips to London ahead of the Games to meet with members of the Jamaican community in the city.

He said he would be seeking to get a sense from the community "what it is that they would like us to do in relation to the issues there, as well as how much we want them to participate in a deeper manner in investing in Jamaica".

He added: "In terms of positioning the country, we are aware that the athletes will be housed in Birmingham and there are plans being coordinated to set up a Jamaica Village leading up to the celebration of Independence and to expose persons in that city and also into the greater London area to Jamaica and we are hoping that the private sector will endorse the programme fully," Brown added. "We want to capitalise on that going forward using the Olympics in London as an anchor to project Jamaica into the rest of Europe and the world in the hope that we will find a flow of economic activities coming from that."

As it relates to the budget, Lisa Hanna, minister of youth and culture, recently announced a $688-million budget for the Independence celebrations, and with $194 million of that amount expected to come from corporate support, the Government will be looking to secure the remaining funds from within its own agencies and additional private sponsorship.

"It is an important milestone and we have made it very clear as an administration that the 50th celebration is not an event but we are actually trying to use it as a tool to stimulate Jamaicans here and abroad and out of it we are hoping will be some legacy projects and using it as a starting point to the next 50 years," noted the first-time parliamentarian.