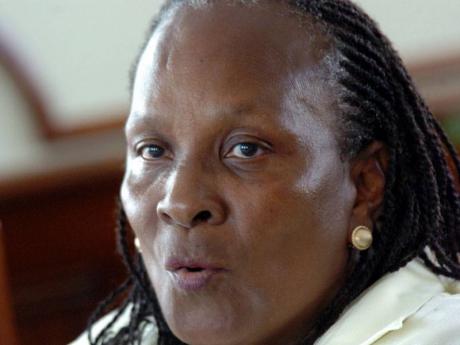 Newland-Martin has reported that she was subjected to harsh and humiliating treatment at the airport by security personnel when she was ordered to remove her specially designed prosthetic legs on March 19 as she was preparing for a flight.

Davies expressed regret at the incident, saying while security personnel are mandated to carry out their functions, it is expected that they would do so in a professional manner, especially when it comes to persons with disabilities.

The transport minister has asked the chairman of the Airports Authority of Jamaica to conduct an investigation into the incident and provide him with a report.

In the meantime, Executive Director at the Combined Disabilities Association Gloria Goffe is calling for a change in policy in the way persons living with disability are searched by security personnel when they visit airports.

At the same time, she called for sensitisation programmes on ways to treat persons with disabilities in order to lessen the level of humiliation they face.

"We have no objection to them checking prostheses because it is no secret that people conceal drugs in all kind of things, but for somebody with a double amputation above the knees, it means that the person has to undress for them to remove the legs.

"In today's day and age, it is difficult to subject people to that kind of indignity. There must be some other way of checking for illegal substances and illegal equipment," she said.

She further argued: "It is unfortunate that persons have to go through all that kind of stress for something that they have no control over and so we want a sensitisation programme and a revisiting of the policy situation regarding how we search and try to detect illegal items."

Goffe said while the focus was now on Newland-Martin because of the unfortunate incident, she wanted solutions brought about that can benefit the entire group.

"We want changes in the procedure so that all disabled persons can benefit while they still have their security checks, in the sense that you are checked but you don't feel demoralised," Goffe argued.

She said while the treatment towards persons with disabilities has improved to some extent, much more needs to be done.

"People will offer to help sometimes, but people with intellectual disabilities tend to suffer the most. They are treated too harshly in society because they are seen as idiots. Persons with disabilities are also ridiculed sometimes at various places, even at the police station when they go to report an incident," she lamented.

Newland-Martin said she was unable to properly reattach the legs as the special device to do so was already in her checked luggage.

She noted that this made moving around difficult for her entire 21-hour flight.

Newland-Martin said she has been left traumatised by the ordeal.