JEEP is for the people, not the PNP - Davies 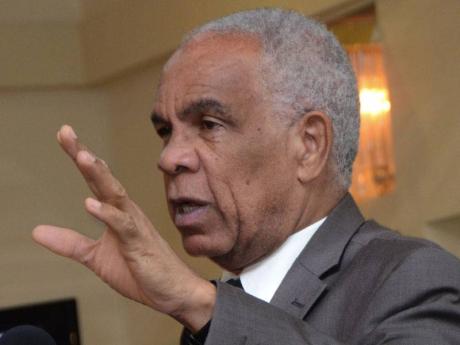 TRANSPORT, WORKS and Housing Minister Dr Omar Davies has hit back at Opposition Leader Andrew Holness for comments he made about the Jamaica Emergency Employment Programme (JEEP).

Holness, in an article published in the last edition of The Sunday Gleaner, said "the marketing of JEEP is such that the beneficiary of employment feels he is getting a job from the PNP (People's National Party) rather than the Government of Jamaica."

Davies, in a statement yesterday, said Prime Minister Portia Simpson Miller had announced at the launch of JEEP that it is not to take on a political flavour.

The minister also pointed to the fact that Karl Samuda, the Opposition spokesman on transport and works had supported the programme.

"Against that background, I find it unfortunate that the Opposition would seek to describe the programme in that manner," Davies said.

Holness, told The Gleaner that "JEEP is essentially a politically motivated and directed programme to create jobs".

"The marketing of JEEP is such that the beneficiary of employment feels he is getting a job from the PNP rather than the Government of Jamaica. That would be fine if these jobs were created from the private funds of the PNP, but we cannot be comfortable when the use of State funding is politicised in this way," he said.

The Opposition leader said his party is not opposed to short-term work programmes, such as those proposed under JEEP.

"The Jamaica Labour Party had our own emergency employment programmes, except that we did not give it a clever marketing name or sought to brand and take credit for every new job created as JEEP," Holness said.

"The classic case would be the maintenance of public thoroughfares by the National Solid Waste Management Authority (NSWMA) and other agencies. No new jobs have been created there, yet those jobs, which were created under the JLP have been rebranded as JEEP. All that has changed is that a new set of persons displaced the old workers, and now use an orange- colour rake instead of a blue rake," Holness added.

In his response to the comments yesterday, Dr Davies said the Government has accorded the necessary credit where this has been found to be the case.

He also said the programme will continue in its thrust to provide jobs for Jamaicans, particularly those in the lower socio-economic stratum, persons with special needs, those with low skill levels as well as those from underserved communities.