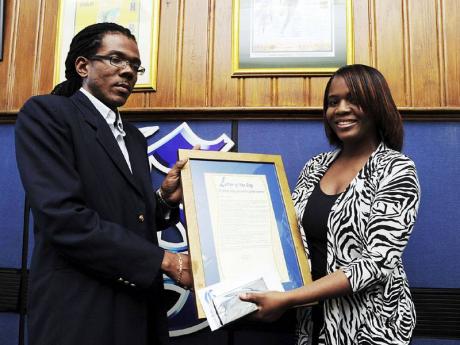 IN THE midst of concerns about the inhumane treatment of patients at Bellevue Hospital, Kofi Tafari, a registered nurse in the Cayman Islands, penned a letter to the editor expressing his disgust and making recommendations on how the system can be better.

His missive earned him The Gleaner's Silver Pen award, given for the best letter published by the paper each month.

Tafari's Letter of the Day was titled 'Fix Bellevue today, you could be a patient tomorrow' and was published on January 31.

In the letter, he called for Jamaicans to assist with the refurbishing of the only institution of its kind offering such specialised treatment to the mentally afflicted in Jamaica.

"I implore Jamaicans to take a page out of Orville 'Shaggy' Burrell's book and offer your assistance, fund-raising or otherwise, to Bellevue Hospital. Criticising or ridiculing it isn't enough. Instead of tearing down and ridiculing the institution, we could all step in and help to build it," he said in his letter which earned him the prize.

In an interview with The Gleaner last Thursday, Tafari maintained his position, saying mental illness is on the increase so it is important that the concerns at the facility are addressed.

"Instead of us berating the hospital, we could put our strength in and help and also give donations to fix the facility. In this age, mentally ill cases are on the increase and so more have to be done to help these people because it is important," he said.

The second-time winner of the award said he was humbled and elated that he had been recognised for voicing his opinion about national issues.