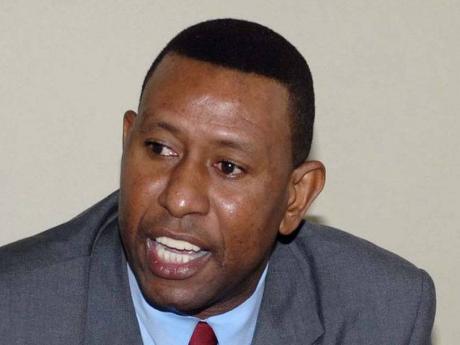 THE SUPREME Court appointment in 2008 of receiver managers for Cash Plus Ltd is being challenged in the Court of Appeal.

Attorney-at-law Hugh Wildman, liquidator for Cash Plus, argued on Monday that the judge who made the appointment acted in breach of the Companies Act.

Wildman, who is appealing the matter, submitted that Section 213 (A) of the Companies Act was breached because Cash Plus was not notified about the application. He submitted that the section dealt with oppression and required the giving of notice.

He said before the court could appoint a receiver or grant any other remedy, the court had to be satisfied that the company was acting in an oppressive manner towards the person who made the application.

A former Cash Plus employee, called 'Madam A', had made the application in March 2008 for the entity to go in receivership and Cash Plus was not informed.

Wildman said the appointment of the receiver managers was a nullity and asked the Court of Appeal to so rule.

He argued that Madam A sought to justify the appointment of the receiver managers by relying on Part 51 of the Civil Procedure Rules (CPR), but Wildman said the rule was inapplicable, because that rule only applied to the appointment of a receiver to secure a judgment debt, and that did not apply in the instant case. Wildman stressed that the CPR could not be used to interpret the Companies Act.

The attorney-at-law has said in court documents that the receiver managers were claiming fees in excess of $200 million, but he is contending that the fees are illegal, because they flow from an appointment, which was a nullity.

Wildman is seeking to get an order from the court for the receiver managers to repay what they have already received in fees and to bar them from getting any further payment.

Several applications were made against the receiver mangers in the Supreme Court and some were granted. Wildman did not get an order voiding the appointment of the receiver managers and overturning the fees and so he filed an appeal.

Wildman told The Gleaner on Monday that based on claims he received, more than 45,000 Cash Plus depositors are awaiting to be paid almost $10 billion.

Wildman became the trustee in bankruptcy in 2009 and was subsequently appointed liquidator for Cash Plus.