The meaning of the Holocaust for J'cans 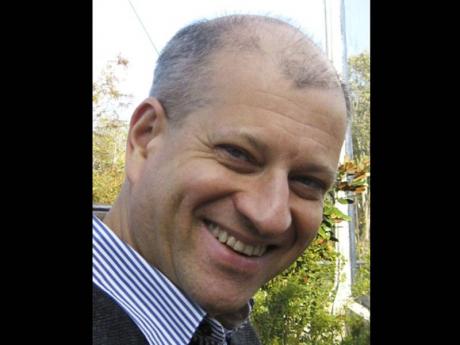 Today is Holocaust Remembrance Day. Known in Hebrew as Yom HaShoah, it is observed as a day of commemoration for the approximately six million Jews who perished in the Nazi genocide carried during World War II. In addition, the Nazis murdered millions of other people of different nationalities and backgrounds. It is a day of sadness for Jamaican Jews who remember their co-religionists who were exploited as slave labourers, murdered in mass shootings and systematically killed in gas chambers in extermination centres.

This day of commemoration is of significance not only for Jews but for all people of conscience. In Jamaica, we celebrate our country as being out of many, one people. We rightfully take pride in being inclusive, of embracing the 'other', opening our hearts and minds to our neighbours, our friends, and also those we do not yet know. Intolerance has not found fertile soil in our land and for that we are grateful.

It is important to understand the way that intolerance can lead to persecution, and in the case of the Holocaust and, unfortunately, a number of other even more recent cases, mass murder. The Holocaust was a singular event of such a magnitude that it is scarcely possible to conceptualise it, much less to comprehend its meaning.

Nevertheless, we must try to understand what happened and why.

The word Holocaust has been used in English to refer to large-scale massacres, but since the early 1960s has referred specifically and exclusively to the genocide of the Jews by Nazi Germany. The biblical Hebrew word Shoah means calamity and became the standard Hebrew word for the Holocaust already in the 1940s. What is astounding is how the entire German state apparatus became involved in the killing process.

The German Ministry of the Interior checked birth records to find out who had even one quarter Jewish blood. The German Ministry of Finance oversaw the confiscation of Jewish property. The post office delivered the denaturalisation notices depriving German Jews of their citizenship and then later delivered the deportation orders sending those same people, many of whom had served the country loyally in World War I, to their deaths in concentration camps.

The Nazis believed in eliminationist anti-Semitism, the hatred of Jews for reasons connected to their Jewish heritage. Anti-Semitism was manifested in many ways, beginning with subtle social discrimination and escalating into violent mob attacks until it culminated in mass murder. We hopefully learned the hard way that hating any person for their very existence is something we need to avoid at all cost. What may seem to be harmless prejudice today can turn into viciousness and wanton destruction tomorrow.

The Holocaust has dramatically changed how Christians view Jews and Judaism. Many Christian ideas and images provided the background in which European anti-Semitism developed, making it that much easier for the Nazis to dehumanise the Jews and then murder them. Shockingly, few voices were raised in protest. As Holocaust historian Saul Friedlander writes, "Not one social group, not one religious community, not one scholarly institution or professional association in Germany and throughout Europe declared its solidarity with the Jews."

Relatively few individuals were willing to hide the Jews in Germany and other European countries. One reason was that the Nazis threatened severe punish-ment for anyone caught helping Jews in any way. In Poland, for example, the punishment for assisting a Jew in any way was death. Nevertheless, if average people had protested just a few years earlier, the Nazi barbarians would never have been able to get to that stage. We learn that evil must be confronted sooner rather than later. Turning a blind eye to horrible deeds based on hateful ideology is unlikely to bring about a just result.

In commemoration of Yom HaShoah, we will recite a special prayer at our Friday night services tomorrow at 5:30 p.m. at the Jewish Synagogue. At this service, His Excellency German Ambassador Josef Beck will address the congregation on how contemporary Germany has grappled with the legacy of the Holocaust and what we can learn from this terrible campaign of persecution and mass murder. His talk is part of a broader process of truth and reconciliation which brings Germans and Jews together to talk openly about what happened and to try to map out the way forward. Nothing will bring back the millions who were lost but we can honour and remember them with dignity free of hate.

Dana Evan Kaplan is a rabbi. Email feedback to columns@gleanerjm.com and danaevankaplan@gmail.com.