Finding energy solutions on the Palisadoes 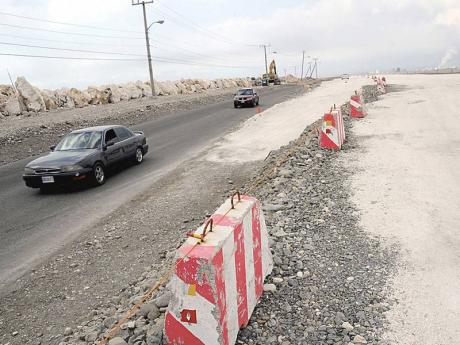 A section of the Palisadoes roadway. - File

In the Gleaner of April 16, I noted an article contributed by Dr Carlton Davis, who pointed out that energy is the key to economic rebound. This has been the topic of choice for several writers in the media over the past six months.

This problem has been described ad nauseam. The solution and how we get there still remains a problem! Dr Davis points out that for close to 40 years, this has been a "plague to our economic growth". So I have to ask, why didn't he do something about it? Dr Davis is a well-known leader in the development of science and technology in Jamaica and head of the bauxite industry for many years. Why do we repeat that energy is Jamaica's current problem when it has been so for many years? The problem has apparently been ignored by governments formed by both major political parties during times of plenty and times of trouble.

The plans with Kaiser and Mitsubishi to develop an aluminium smelter were conceived in 1960. What was the reason for not confirming plans until 1973, some 13 years later? Dr Davis points out that it was the energy costs that were driving bauxite companies out of business. My opinion is different. It was the levy on bauxite production imposed by the then People's National Party Government which turned investors away from expanding infrastructure and production. They would have, I believe, built power plants, fuelled by gas, and possibly nuclear technology. So our problems with bauxite could not be solved with energy solutions completely.

Driving from the airport along Palisadoes recently, I was considering the improvements being made to the roadway. Then it struck me that this was the project thought of by an environmental group which would allow the harbour to be cleaned, allowing a flow of fresh seawater to run a controlled stream through a channel cut at Harbour Head, and channelled to flow into the harbour. By the control of sluices, the stream could be manipulated to give an appropriate flow, and mitigate the environmental problems of the harbour.

But this has implications for another application. The height of water from the roaring sea is greater than the placid water in the harbour. Moreover, it has more energy, and the energy potential of its height could generate power through the use of tidal generators, with turbines or other devices.

I am not sure how much power this would create, but two or three metres of pressure head might result in 50 megawatts of power sufficient for Harbour View and the Palisadoes road environment. It probably could include Port Royal as well. Should it replace the equivalent amount of liquefied natural gas that is being proposed for the country, it would make our power supplies that much cheaper.