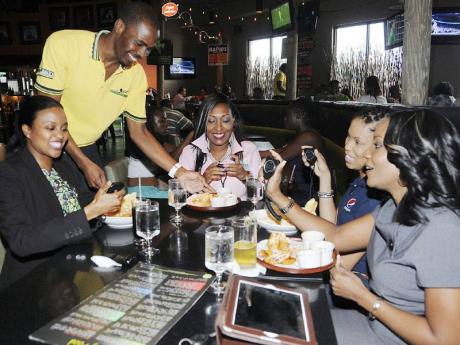 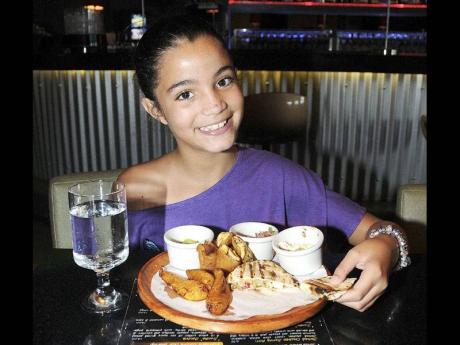 Victoria Vaz gets ready to enjoy her meal in minutes. 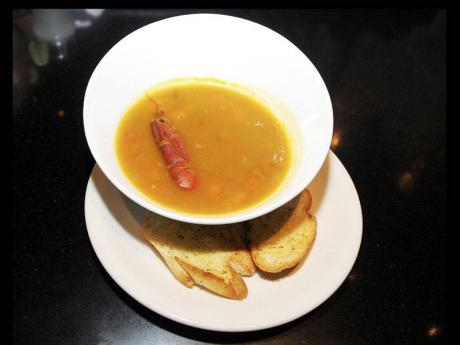 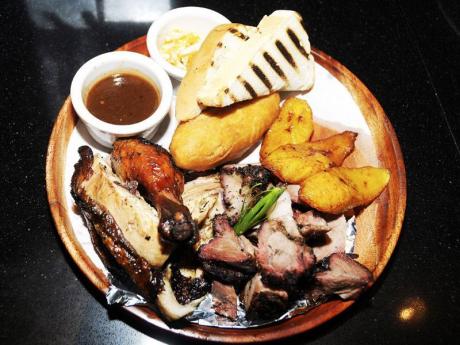 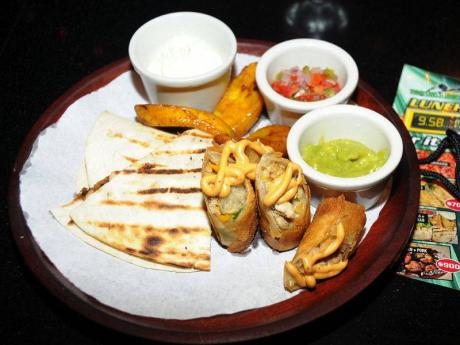 Apart from celebrating its first anniversary (which we hear will be celebrated in fine style at a private event some time soon), Usain Bolt's Tracks and Records has unveiled its new Jamaica 50 special. Just over a month old, it's called 'Lunch in 9.58 minutes'. The marketing team has come up with a fun dining experience that is enjoyed by both the patrons and staff. "Every day it's a race," stated Francis Misir, the restaurant's marketing manager.

"Sometimes I would come here and pick up a stopwatch, order something different and try to see if they would go over the time. I taunt them a lot," she ended. The concept is pretty simple; order any of the six options from the 9.58 menu and if the food isn't served in 9.58 minutes, then it's free! Sounds simple enough, especially if the servers have to go by the standard watch time, but there's a stopwatch that is provided to ensure accurate timekeeping.

The 9.58 minutes menu is good for corporate Jamaicans who want to have lunch in a great restaurant, with an awesome atmosphere and good food but in a very short space of time as emphasised by Kevin Bourke, marketing director at the KLE Group. The Gleaner tested his theory by inviting a number of female corporate executives from St Andrew to the unique and new dining experience.

Belinda Williams from the National Commercial Bank, Kim Lee from Tru-Juice, Ayanna Kirton from Pepsi and Trisha K. Thompson from Digicel, were all invited to be a part of the experience. The price of each meal ranges between $700-$900 and comes with either a Red Stripe Light or Pepsi. At the end of the meal, we asked each exec for their feedback.

Ayanna stated that she loved it, since she's always trying to find flavourful alfredo.

Kim shared, "It was delicious, quick and hot, which is an ideal lunch for the exec on the go."

Belinda was in love with the taste, stating that the time and taste were both in sync.

Trisha who was pressed for time on the day of the shoot was most overwhelmed at the service, "I like the creativity of promotion 9.58. I had my meal ordered and delivered in eight minutes and 42 seconds and the taste and service were exceptional, so one would be able to leave the office and have quality lunch in a timely manner."

The now one-year-old eatery has had drastic price cuts. Prices have been cut by 30 to 40 per cent on both the cocktail drinks and food items. Drink specials dubbed as the 'Tracks and Records Olympic Spirits' start at $200 per cocktail and as low as $750 per cue.