Marley documentary to be shown tonight 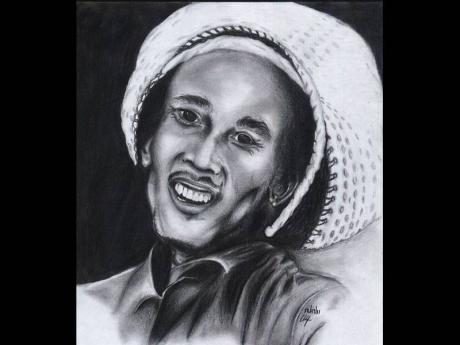 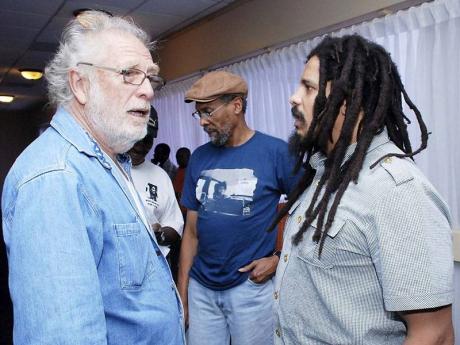 Chris Blackwell (left) chats with Rohan Marley while Neville Garrick stands in the background at a press briefing regarding the premiere of 'Marley: The Definitive Story' at The Jamaica Pegasus hotel yesterday. - Colin Hamilton/Freelance Photographer
1
2

Marley: The Definitive Story documentary, is slated to premiere tonight on the lawns of Emancipation Park.

Speaking at a press briefing yesterday at The Jamaica Pegasus hotel, Jacqueline Lynch-Stewart, general manager of the Bob Marley Foundation, said the documentary would really show more about Bob Marley, the man, rather than the musician. According to her, individuals who have already seen the documentary describe it as very emotional.

The documentary will be released on April 20 in the United States, but members of the family decided to do its first major premiere in Jamaica because of Bob Marley's roots.

According to Lynch-Stewart, the Marley family wanted to expose the film to as many people as possible because it "recognises and respects his heritage." The Emancipation Park showing of the film is in celebration of Jamaica's 50th anniversary and Kingston's 140 years of existence.

Newly appointed mayor of Kingston, Angela Brown Burke, in her address, said that Bob Marley was loved across the length and breadth of not only Jamaica, but across the world. She said Marley's message "transcends the world. It has no limitations."

The documentary is the first film to premiere in Emancipation Park. Paula Pinnock-McLeod, sports sponsorship manager at Digicel said her organisation was proud to be associated with Bob Marley, his family and his foundation. "Digicel has a long-standing partnership with the Bob Marley Foundation. For us to do another initiative that allows people to feel more connected to Bob Marley meant something to us. We've staged two shows in Emancipation Park centred around Marley so this meant alot to us," she told The Gleaner.

Rohan Marley said he was pleased with the documentary. According to him, "I felt that Kevin (Macdonald, the director) did a wonderful job conveying the message of a real man. My father had a lot of struggles from childhood and onwards, and no matter how great or successful he was, he still had struggles, but he conquered them. It's good that this documentary was made."

Former minister of youth and culture, Olivia 'Babsy' Grange, also echoed this sentiment. "I am quite familiar with the documentary from its early stages. I am looking forward to seeing it. It's the first film totally endorsed by the family who was also fully involved in it. It's a true story of Bob Marley. I'm happy to be associated with the premiere. Jamaica gave the world a musical icon and we are a blessed country to have produced a son of the soil from the parish of Marcus Garvey," she told The Gleaner.

The documentary will premiere at 8 p.m. and is free to the public.