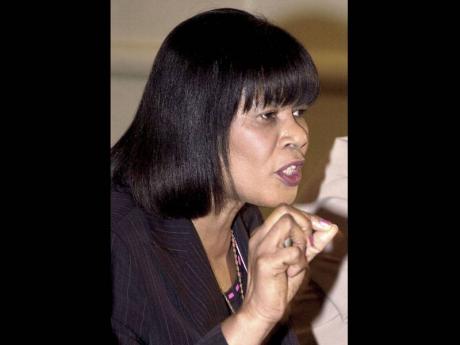 Prime Minister Portia Simpson Miller has made Time Magazine's list of the 100 most influential people in the world.

In a short profile on Simpson Miller, Yvette Clarke, congresswoman for New York's 11th District, describes Simpson Miller, or Sister P as she is affectionately known, as the embodiment of perseverance and strength.

"I can say from personal experience that her presence is already inspiring a new generation of women, particularly from the Caribbean diaspora, to get involved in public service and to make a difference. Sister P is a woman to watch," Clarke said.

Simpson Miller, 66, started her career as a public servant in local government in 1974. She was elected to the Jamaican Parliament two years later.

Time also noted her major accomplishment of becoming the first woman to be elected prime minister of Jamaica in 2006.

Sprint superstar Usain Bolt had also been on the shortlist, but did not make the final list published by Time.

Linked to Simpson Miller's profile on Time's website is a short video in which the prime minister says the children of Jamaica have the most influence on her life.