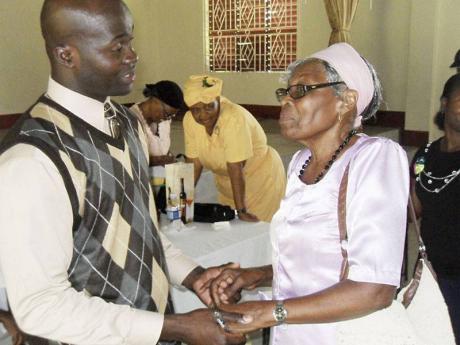 "You have to pronounce your day. Your body, your brain, your subconscious mind take that pronouncement and you would be frightened to know what can happen," retired principal and motivational speaker Ansel White told his audience at the Holy Trinity Church Hall in Linstead, St Catherine.

The prayer breakfast was held under the theme, 'Seniors in action through prayer'.

In an awe-inspiring presentation, the stalwart educator shared several testimonies which demonstrated the power and miraculous virtues of prayer.

"I pronounce my day through prayer and that turns into action. I pray in secret and God rewards me openly," he said.

He encouraged the seniors to read widely to build their knowledge base and undertake their endeavours with feelings and belief.

"It was really inspiring and having Mr White a senior himself, he motivates us to just keep going, be independent and just don't sit back and wait for the undertaker to come and take us," said Facey.