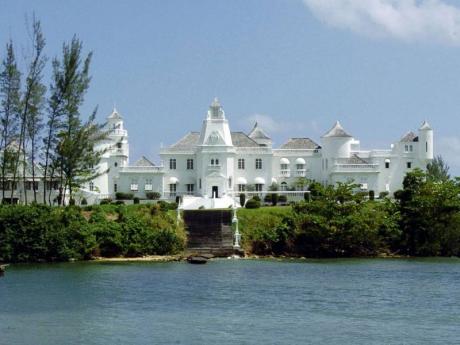 The Trident hotel, one of the landmark properties in Portland. - File

HUNDREDS OF job seekers on Monday congregated at the entrance to Trident Castle hotel, Portland, which once hosted the world's rich and famous - in search of employment, as its operators commence the long-awaited expansion and renovation.

The job hunters, including masons, carpenters, plumbers, and electricians, converged along the corridor of the Dolphin Bay main road in Port Antonio, near the outer walls of the hotel, from as early as 4:30 a.m. seeking employment.

Construction manager of Relmac Construction Company Lynford Parkes, who is in charge of the scope of work at Trident hotel, pointed out that the turnout of job seekers, which included men and women, could have exceeded 300.

"It is a massive turnout of job seekers. Basically we are doing some renovation work, which has commenced. Many are here seeking jobs, and we have collected their particulars. Persons will be employed on a rotation basis, as clearly work is not available to employ all the persons full-time. It is alarming to see so many unskilled persons, but at Relmac, everyone from the man that cleans the trench to the gatekeeper is important. We are also in the process of developing unskilled persons."

According to the construction manager, they would have preferred to see more skilled workmen on location as jobs are available mostly for masons and carpenters.

Trident Castle, with its 13 villas, was a major tourism income earner for the resort town of Port Antonio, which also created employment to as many as 70 local residents including chefs and other kitchen staff, waiters, pool attendants, security officers, bartenders, housekeepers, gardeners, auditors, and managers.

The facility was damaged during the passage of Hurricane Gilbert in 1988 and underwent major rehabilitation. But in 2004, it was again ravaged by Hurricane Ivan.

Since Ivan, the hotel was resold to business tycoon Michael Lee-Chin. In early 2011, Lee-Chin and operators of hotel GeeJam Studio brokered a deal with the details of that contract still not fully known.

Trident is scheduled to reopen its doors to the public in 2013.