Jamaica No. 1 in telecoms competition subcategory 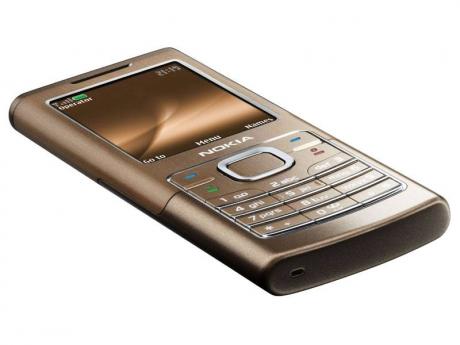 Jamaica dipped one spot to rank 74th overall in The Global Information Technology Report (GITP) 2012 published this month, but tied with 57 other countries to take the number one spot in the telecoms competition subcategory.

The overall level of competition in all the categories is assessed based on monopoly, partial competition, and full competition.

Sweden led the world for the third consecutive year whilst Jamaica's ranking sank for the sixth consecutive year, according to the GITP 2012 Living in a Hyper-connected World, published by the World Economic Forum (WEO), based in Switzerland. The WEO is an independent non-aligned organisation that seeks to shape global and industry agendas.

Jamaica's performance actually improved, but its rank dipped due to the addition of four nations to the 142-nation report.

Jamaica scored 3.86 or slightly higher on the Network Readiness Index, versus 3.78 in the last report. The network readiness index ranks countries based on three pillars related to its usage by government, individuals and business; the readiness amongst individuals, government and business; and the market, political and infrastructural environment.

Jamaica's number-one ranking in telecoms competition relates to internet services, international long distance services, and mobile telephone services as at October 2011. In fact, Jamaica tied with 57 other nations in the number one category in the competition subcategory.

The finding occurred prior to the termination of service by cell provider Claro last month when Digicel, which acquired that the competition in August last year, shot down the network.

"For each economy, the level of competition in each of the categories is assessed as follows: monopoly, partial competition, and full competition," the report said.

Jamaica's overall ranking dipped 29 places from 45 to 74 among 122 nations over the six years since the 2006-2007 report. The island's performance averages that of the Caribbean and Latin American region, which lags the world, according to the report.

"Latin America and the Caribbean continue to suffer from an important lag in adopting ICT and technology more broadly," said the report.

"This is reflected in the rankings, as no country manages to reach the top 30 and only a handful of small economies manage to be included among the top 50 - the exceptions are Barbados, Puerto Rico, Chile, and Uruguay," stated the report on the region.

The report identified three shared reasons why the region is lagging: insufficient investment in developing ICT infrastructure, a weak skill base in the population due to poor educational systems, and unfavourable business conditions that do not support the spur of entrepreneurship and innovation.

"Addressing these weaknesses will be crucial for improving the region's competitiveness and shifting its economies toward more knowledge-based activities," it states.

Sweden, Singapore, Finland, Denmark and Switzerland rank at one to five, respectively. The most networked countries typically have governments that place ICT at the core of development. The United States, Canada and the United Kingdom ranked at eight to 10, respectively.

The report commended Barbados and Puerto Rico, arguing that their strengths outweigh their disadvantages.

"In the case of Barbados, the strong skill base (10th) results in a large individual uptake of technology (24th) and offsets the high costs of using ICT (102nd). On the other hand, Puerto Rico needs to further develop the skills of its population (78th), which currently negatively affects the uptake of technology by individuals (53rd)," added the report.

"In both cases, ICT development has been led mainly by the private sector, especially in the case of Puerto Rico (21st), as the governments in both islands have lagged behind in steering ICT progress (61st and 54th, respectively)," the report explained.