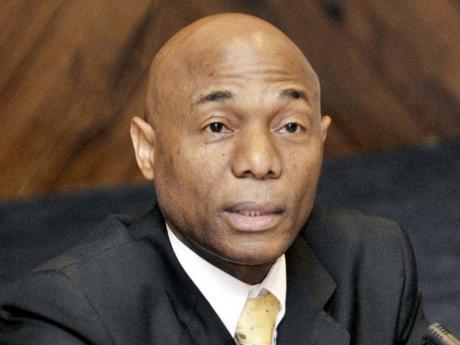 Dr Gene Leon, International Monetary Fund (IMF) country representative has, urged the Caribbean Community (CARICOM ) to invest in research and development as means to rid the region of its high debt.

Harnessing information can offer an avenue of competitive advantage for the Caribbean, which ranks in the bottom half of the world in almost every measure of development, reasoned Dr. Leon.

"Information is the next big industry," he told magnates and intellectuals at King's House in St Andrew at the launch of the University College of the Caribbean Foundation, The UCC Foundation offers and manages student scholarships in an attempt to maximise tertiary educational opportunities for students across Jamaica.

The function was also used to launch a book written by Professor Kenneth Hall titled Caricom: Caribbean Perspectives on its Pertinence in the 21st Century.

"I think the CARICOM region can embrace a Knowledge, Innovation, Diagnostics and Strategies (KIDS) project to promote growth and development—as a community rather than as individual nation states," he said.

Dr Leon explained that this could involve data capture through archive technologies, developing a searchable database through cataloguing and generating value-added services.

"This is more than just technology. Its about creating value-added by effectively managing the complex web of information out there in cyberspace for individuals as well as for institutions," declared Dr Leon to the group expecting to hear hints of the ongoing loan negotiations between the IMF and Government.

He said that knowledge offers few barriers to entry as it exists without constraints of small size or commodity endowments.

"We need to leverage information into value-added products, what I have dubbed innovation diag-nostics. This would involve transforming the raw knowledge into field specific and general success factors, past and future potentials," he opined.

An IMF mission, which visited Jamaica last month, noted that Jamaica grew at 1.5 per cent in 2011 after three consecutive years of negative growth.

But, it argued that a significant challenge facing the country was the realisation of higher and sustainable rates of economic expansion, while reducing macroeconomic risks, including the high public debt, currently at just over J$1.6 trillion or 140 per cent of GDP.