US company to establish tyre recycling plant in Ja 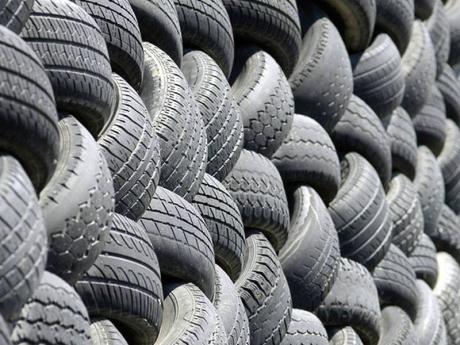 A United States-based waste-to-energy outfit is preparing to establish a US$500,000 (J$44 million) tyre recycling facility in Jamaica to convert old tyres into energy sources such as fuel oil as well as biochar, a charcoal used to increase soil fertility and raise agricultural productivity.

It would represent a first for the island, according to Axim International, in a notice advising its stakeholders and filed with the Securities and Exchange Commission this week.

Axim is based in Nevada, but operates out of Jamaica. The company, headed by locally based businesswoman Rosemary Samuels, also contemplates listing on the United States over-the-counter (OTC) stock exchange.

The company is aiming to market its products throughout the Caribbean to the agricultural and horticultural sector.

Last week, Axim acquired the rights to purchase and utilise a specialised recycling machinery, APS200, from another US-based firm Omega Research. The APS200 system has the capability to use four applications to recycle waste tyres, plastics and hospital waste.

"We acquired the licensing rights for US$50,000, which was paid on April 13, 2012," stated Axim International statements posted to shareholders and signed by Samuels.

Samuels currently operates a biofeedback consulting business located in Kingston since 2005. Prior to that, she was the corporate secretary for Quadra Energy Systems Inc, a wholly-owned subsidiary of Quadra Projects Inc, a leading green energy company focusing on waste-to-energy technology.

Axim must purchase the APS200 system for US$500,000 before next year September in order to avoid a possible hike in price, said the statement.

The company has commitments to secure half the funds for the machinery since last year when it entered into a joint venture with Alpha International Marketing Corp.

In the event that Axim does not raise the funding by September 30, 2013, its agreement with Alpha will terminate. Samuels stated that old tyres would create a cheap source of raw material for the operation and cost as low as J$4,400 per ton.

"We believe that these discarded tyres would provide a source of raw materials for us at little cost," she stated in the report.

She added: "We have entered into discussions with several vehicle service stations which has access to the amount of input of used tyre material we require. We have not entered into any definitive agreements with these suppliers as the cost of the tyres per ton will vary. The cost will vary from US$50 to US$100 per ton. Management is confident that these sources are sufficient for supplying operations with the necessary feedstock material."

"We intend to attempt to have our common stock quoted on the OTC Bulletin Board, which will limit the liquidity and price of our securities more than if our securities were quoted or listed on a national exchange," stated the notice, but it declined to give a timeline.

The company requires US$65,000 in working capital for its ensuing financial year. It intends to finance its needs from its licence arrangement with Alpha from which it receives US$5,000 a month.

"We expect to sustain our working capital needs with the monthly license fee of $5,000 as per our agreement with Alpha and also through shareholder loans and private placements," it stated.

It is, in turn, supported by the National Renewable Energy Policy, which seeks to significantly decrease the country's reliance on fossil fuels, currently at some 90 per cent of energy usage.