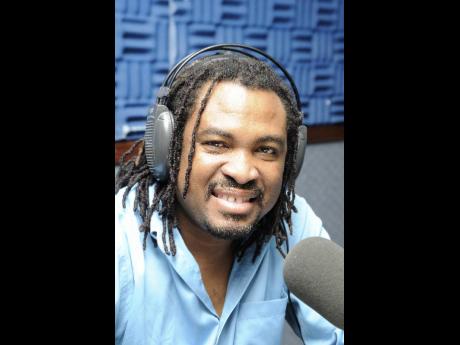 Jamaica's winning five consecutive regional four-day titles cannot be seen as a fluke. Five in a row must mean that there is a system, a formula, for success.

Any analysis of the factors behind Jamaica's phenomenal record must start with Junior Bennett. He has coached the nucleus of this team from the Under-19 level, and knows their game inside out. This makes coaching them now a whole lot easier.

Leadership, therefore, comes naturally to him in a way it doesn't to a lot of the other regional skippers. There aren't too many captains in the regional tournament now who would have captained all the way through from schoolboy days, and all the age-group levels to the senior rank.

Another reason why the Jamaicans continue to do so well is the healthy rivalry for places in the team. There are lots of good cricketers in Jamaica just waiting for an opportunity to play. I have already written that Jamaica could easily field two competitive teams. A run of low scores or a drought of wickets can, and often does, cost a player his spot. Therefore, everyone is always pushing hard to maintain standards.

Because of the plethora of good cricketers around, Jamaica's domestic completion is at a slightly higher standard than elsewhere in the region. I haven't been able to watch club cricket elsewhere in the region, but based on what I have been told by those who have, our club competition is a bit tougher, which puts us in good stead for first-class cricket.

The training regime of David Bernard Sr has to be part of our winning formula. 'Uncle Berny' has been part and parcel of the team make-up for 'donkey years'. He travels with the team everywhere, often at the expense of the Jamaica Cricket Association, because it acknowledges his value.

Because our team is generally quite fit, our players are able to give maximum effort late in the day, or in a game, or, indeed, in a season. I watched Andrew Richardson and Sheldon Cotterell in the final against Barbados and they could bowl just as fast at 10 a.m. as they could at 5 p.m. Except for the odd case here and there, there are very few serious injuries.

The make-up of the Jamaica team is also crucial to its overwhelming success. Central to that line-up is David Bernard Jr's all-round ability which effectively means that for every game, Jamaica can play six specialist batsmen, plus a keeper who can bat, and yet still have five specialist bowlers. This is the dream of every captain. No other team has the luxury of a top-order batsman who bowls that well. Dwayne Bravo for Trinidad, maybe, but he hardly plays a full regional season because of other cricket commitments.

Bernard's inclusion means Jamaica can always have two match-winning spinners in Nikita Miller and Odean Brown, two match-winning pacers who can bowl in short, sharp bursts, because of the third seam-bowling option Bernard provides, and yet the batting doesn't suffer at all.

Finally, the Jamaican batsmen are good, but often fall just below a consistent West Indies selection. Marshall, Parchment, Pagon, Hyatt and Bernard, for example, have all gained selection at the West Indies level, but are never quite in a West Indies Test team long enough.

For a long while, Baugh and Wavell Hinds, two other crucial members of those dominant five years, were out of favour at the West Indies level and were, therefore, usually available for Jamaica. This means that during this period of dominance we usually have a good top six or seven, whether the West Indies are active or not.

Because of this, we suffer less from call-ups to the West Indies than any other team, and always take the field with a very competitive eleven.

There are other factors, but these are the main ones why the Jamaicans have been indomitable. Five more titles is not out of the question. The other teams should be really worried.