Rocker's Island: From Jamaica to Japan 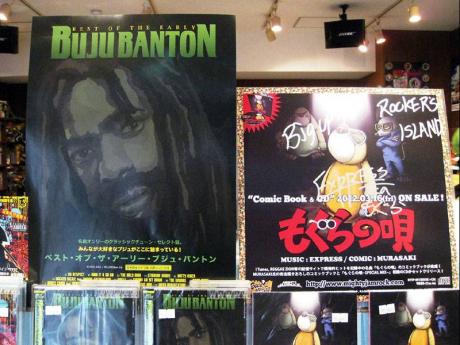 The Buju Banton album of early dancehall material at left is a Rocker's Island production. - PHOTO BY Mel Cooke 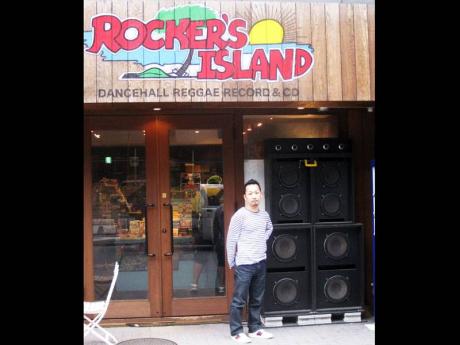 Outside Rocker's Island in Osaka, Japan. - photo by Mel Cooke
1
2

Officially, Takafumi Tsuruki started the Jamaican music outlet, focusing on recently popular reggae and dancehall music, 19 years ago. However, as many businesses go, he was into the movement of Jamaican music long before having a formal structure.

He runs Rocker's Island in Osaka, but is from Sapporo on the northern island of Japan. Jamaican music found Tsuruki when he was a college student doing the club circuit. "There was a club playing reggae and I liked to go over there. I go there every week and then I get some reggae friends," he said.

Those initial 'reggae friends' were Japanese, but he soon found some Jamaican ones - in Jamaica. "If you find something to like, maybe you want to look real. Then I feel I want to go to Jamaica - and I get a big surprise," Tsuruki said.

The 'big surprise' was that the image he had of Jamaican music in Japan was far from spot on. "Every day, there was dance like Stone Love. In Japan, there is no place to put speaker outside and play music. That kind of culture - Japan don't have it," he said.

Tsuruki had started a sound system, Judgement Sound, in Sapporo before going to Jamaica. The music bug burrowed in in Jamaica, as, "I feel like want to get more with reggae. In my city, there are no record stores and information about reggae, only Tokyo and Osaka. I feel that if I go to Jamaica and get records there, it easier," he said.

"First, I go to Jamaica and buy records and bring to Japan. Or I ask my friend in Jamaica and they send me records," Tsuruki said. He went for a pricing strategy, underselling the limited competition in Sapporo. The initial response was encouraging and, feeling that he could make a real go of it if he bought more records, Tsuruki got a partner in Japan. "I talk to my friend about it, so I and my friend put some money and start Rocker's Island," he said.

They split their roles, Tsuruki going to Jamaica to source records and his partner staying in Japan. He started buying at Aquarius in Half-Way Tree, but soon went directly to the source at the manufacturing companies such as Dynamic and Sonic Sounds. Among the artistes whose records were moving well were Admiral Bailey, Maxi Priest, Shabba Ranks, Bob Marley, Buju Banton, Bounty Killer and Beenie Man.

"I get everything," Tsuruki said.

He ended up going to the studios and independent distributors such as Roof International in Ocho Rios and Digital B. "I check all of the distribution. Every day I buy," Tsuruki said.

In the early days, he was taking the bus in making the rounds, that leading to problems. Tsuruki laughed as he said he was robbed a lot. "After about a year, I get car and everything OK," he said, laughing even more.