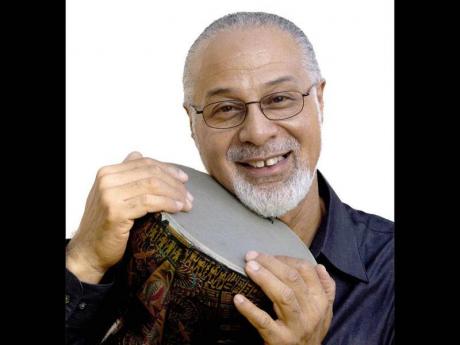 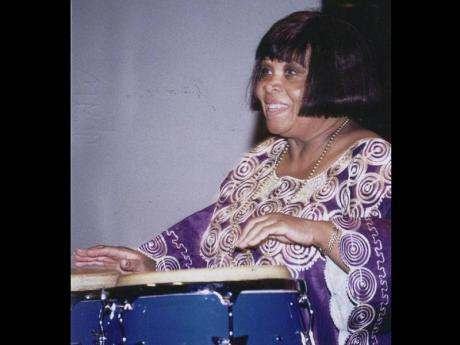 Marjorie Whylie on drums at a concert in Toronto. - Contributed photos
1
2

Starting at 9 a.m. today, the School of Music Auditorium at the Edna Manley College of the Visual and Performing Arts will be filled with the sound of drums in an all-day event which combines competition and respect to those who have mastered the art.

Omaro Mazlyn of the Order of the Drum Circle, which is organising Drumophia, outlined a programme in which the competitive element - by invitation only - and the honouring of the masters are intertwined. And the title has personal, yet inclusive, meaning. "It's an interpretation of how I play drums, with passion within, and I represent an understanding that everybody who plays drums has their own interpretation," Mazlyn said, further explaining that 'Drumophia' also expresses the harmony among drummers.

"There is also an underlying meaning, where we want everybody who plays the drums to feel accepted," Mazlyn said.

So everyone, in their personal interpretation of drumming, is a master in their own right, with Mazlyn saying "that message is true, especially for children. We are trying to introduce it to them so they know it as a very important part of their culture - which is not very well promoted".

The competition starts after the opening with a drum circle, prayer and the National Anthem, the entrants selected by the Order of the Drum Circle Council. Mazlyn pointed out that it is not only a matter of drumming technique, but also philosophy - the reason for playing the drums.

There will be presentations on honorees Marjorie Whylie (musician and researcher) and William 'Willie' Stewart (formerly of Third World). The latter, who lives in Miami, will not be at Edna Manley today to accept his award, former Third World bandmate Ibo Cooper will do the honours. Mazlyn said that Cooper, who lectures at the School of Music, has also been supportive of the entire event, as has the administration of Edna Manley.

The Portmore Missionary Prep Drummers, who Mazlyn described as arguably the best under-12 years old or junior drummers in Jamaica, will do a special presentation, not as part of the competition.

About 20 awards will be handed out close to the end of the day, each a customised ceramic piece by drummer and ceramicist Philip Supersad, who, along with Calvin Mitchell, is also a judge at Drumophia. "We close it by officially inducting the first two supreme elder master drummers," Mazlyn said, those being Whylie and Stewart.