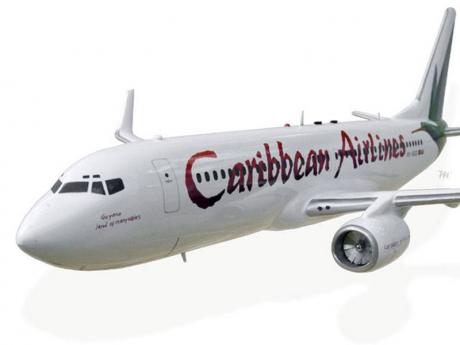 Twenty-four hours after Caribbean Airlines dropped the words 'Air Jamaica' from all its airport flight announcements, the Trinidad-based carrier has made its 75 Jamaican pilots redundant.

The pilots, who were working under an interim contract with CARIBAL Ltd, the company that Caribbean Airlines used when it took over Air Jamaica in 2010, were advised at an emergency meeting in Kingston yesterday.

A release from the airline stated that CARIBAL, a CAL subsidiary, has been closed.

While the airline has tagged the redundancy as an 'Integration into the Caribbean Airlines Network', sources close to the carrier said all 75 pilots would have to reapply, expressing interest in their former positions.

"All the positions will not be available. They will have to be interviewed again. Approximately 65 will be taken back but, by June, there may be more job losses as (arrangement for) the aircraft that were leased for Jamaica expires in June," said the source.

This would be the third time CAL has asked the pilots to go through an interview process since taking over the former national carrier.

According to Robert Corbie, acting chief executive officer for CAL, the intention is to offer contracts of employment to the pilots.

Corbie would not confirm whether all the pilots would be rehired.

"Subsequent to an examination of our manpower requirements, the number will be confirmed," he stated when pressed.

Corbie noted that the employment of the pilots to CAL would see the company using a transparent process to ensure a smooth and seamless transition. And all benefits remain unchanged.

Efforts to get a comment from Minister of Transport and Works Dr Omar Davies proved futile as a representative in his office said it was after 5 p.m. and he could not respond to any questions until this morning.

Checks with the Ministry of Labour revealed that the ministry was not advised of the redundancy, which is the normal procedure.