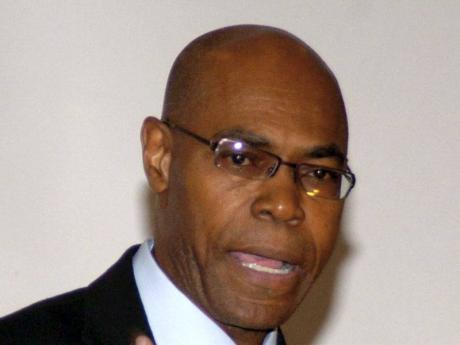 NEARLY ONE year and four months after E.G. Hunter stepped down as president of the National Water Commission, the long-serving former public servant has returned to the government service to head the troubled National Works Agency (NWA).

A civil engineer by profession, Hunter will take up his position as chief executive officer of the agency on May 1.

His appointment comes at a time when the glare of the public has not yet been shifted from the NWA as an investigation of the controversial JDIP is still being conducted by the Office of the Contractor General.

A forensic audit will also be conducted into the programme which the NWA manages.

Hunter's selection was made following advertisements which appeared in the press. Shortlisted applicants were interviewed for the position by the Public Service Commission.

The new NWA boss has had a distinguished career in public service, serving for more than 19 years at the National Water Commission (NWC), 11 of which he held the position of president. He also served in other capacities in government, including at the Ministry of Health.

Hunter is the holder of an MSc degree in civil engineering from the University of Michigan as well as an MBA from the Monash University in Melbourne, Australia, where he pursued studies on a Commonwealth scholarship.

During his tenure at the NWC, Hunter led the transformation of the organisation that saw the improvement of its business processes.

He also presided over massive infrastructural expansion projects on the north coast, a number of which complemented and facilitated the construction of several Spanish model hotels.

Davies said he was looking forward to using Hunter's wealth of experience to assist in the implementation of proper systems for the monitoring of contracts, as well as strengthening of performance criteria for the entity's activities and deliverables.