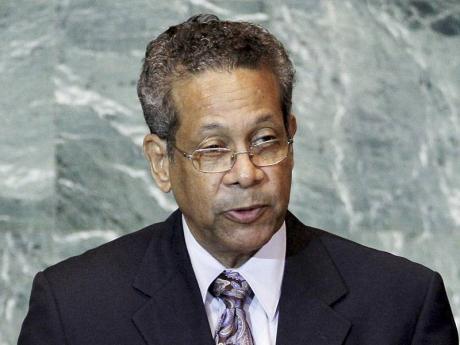 OPPOSITION SPOKESMAN on health and quality of life Dr Kenneth Baugh has urged the minister of health to break his silence on the breakdown of Jamaica's medical records system.

The senior legislator was responding to the grave findings of a Sunday Gleaner exposé showing that the private medical histories of hundreds of patients at the Kingston Public Hospital and the University Hospital of the West Indies could be accessed and read by just about anyone.

In an interview with The Gleaner on Wednesday, the former deputy prime minister said the state of affairs exposed by The Sunday Gleaner earlier this week warranted an address to the Parliament.

Baugh said Dr Fenton Ferguson, minister of health, should have told Parliament on Tuesday what his administration would be doing to remedy the current malady and ensure that the medical histories of all patients are kept confidential.

"I assume he is being briefed, (but) I believe that he should have responded already. He should have made a statement in Parliament," said Baugh.

He continued: "I would think that the minister, being a medical man himself, understands the issue as it relates to confidentiality. I would encourage him to respond. He needs to accept that there is a breakdown, and he needs to make a policy statement on the issue indicating the direction that they are taking."

Up to yesterday, the health minister failed to publicly address the health-records situation. Efforts to get a comment from him have failed as several calls placed to his mobile phone went unanswered. Earlier this week, a senior official in the health ministry promised a response. But that has not materialised.

Meanwhile, Baugh said he believes that all the nation's hospitals are equipped with a good records management system that has rules and regulations concerning how patients' notes should be handled and moved from one place to another. "There is the basis of a good system in place, but that system has, in part, broken down," said Baugh.

The opposition spokesman on health said the shortage of medical staff could contribute to the lack of vigilance in securing medical records housed on the wards.

"Doctors and nurses are overwhelmed by the numbers and, quite possibly because of the burden on staff and the demand on them in terms of the priority of giving care to patients, it's quite possible that weaknesses in the system could be overlooked," he said.

Baugh commended The Gleaner for its investigation and pointed out that the security of medical records is of the utmost importance in any public or private facility.