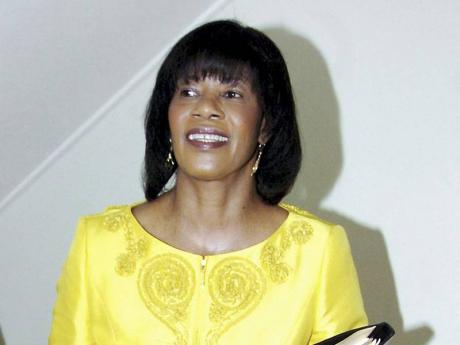 JAMAICA'S PRIME Minister Portia Simpson Miller has said the country stands to reap a lot of benefits arising from discussions at the sixth Summit of the Americas held in Colombia last week.

However, Simpson Miller, who led Jamaica's delegation to the summit with nearly 30 heads of state, including United States President Barack Obama, declined to give details of those benefits, saying she wanted to report to her Cabinet before discussing them publicly.

She said that would have been done on Wednesday during a Cabinet meeting that was scheduled for late afternoon.

"It was a very good summit and we achieved a lot. We had a number of bilaterals that will be critical to the country," Simpson Miller told reporters on Wednesday.

Her comments came after she broke ground for the creation of 226 housing solutions under the Hellshire Phase Four housing development in St Catherine.

The NHT also announced that phases two and three of the Hellshire development project are now in the planning stages, and said the three projects combined could bring 400 housing solutions to the area at a cost of $4.6 billion.

The housing solutions will be available to qualified NHT contributors.

Speaking at the groundbreaking ceremony, Dr Morais Guy, minister without portfolio in the Ministry of Transport, Works and Housing, gave the assurance that the provision of low-cost housing will be one of the fundamental policies of this administration.

"It is an imperative that in the process of seeking to adequately support the provision of affordable housing that a real look at alternative systems and technologies be done," Guy said.

"We have to look at cost-effective yet safe and secure methods of housing our population," he added.