Raising the flag for a powerful PM 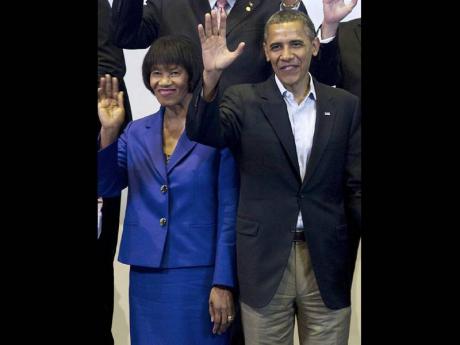 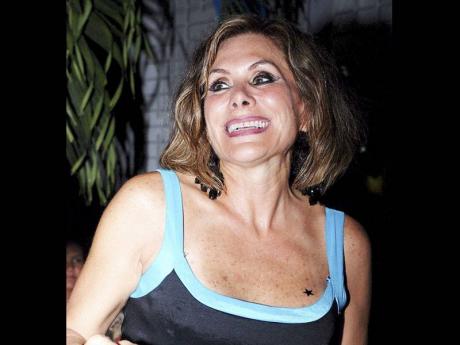 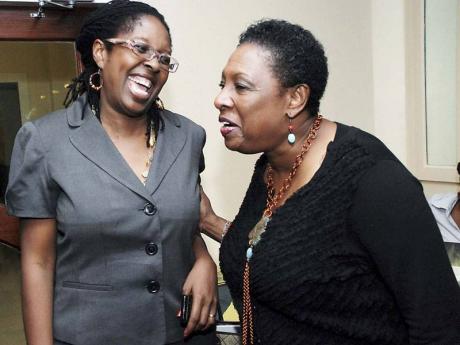 Angela Brown Burke (left) celebrates her special day on Thursday the 26th, while Olivia 'Babsy' Grange will have her birthday on Friday the 27th. - File photos 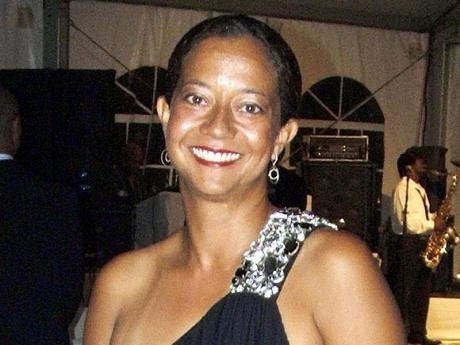 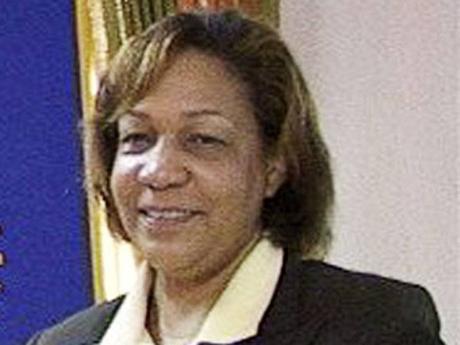 And so, mon congrats to Prime Minister Portia Simpson Miller on being adjudged, by the internationally renowned Time Magazine, as one of its 100 Most Influential Persons in the World today.

Kudos to the Jamaican electorate on first acknowledging this pheno-menal woman - her charm, grits and dedication - by electing her to the office of prime minister, the platform from which Time now recognises her sphere of influence and capacity as a headliner to positively influence and impact the lives of others.

And so, we too join in lauding Simpson Miller in this singular achievement, as her being so recognised only redounds to the country's benefit, in international exposure and recognition.

And speaking of Simpson Miller, her response to the 'flag' controversy is worthy of note. This here scribe finds it amusing that what was clearly a parochial matter, effected by those with an even more parochial grasp of symbols and institutions, has given fodder to the supposedly learned commentators, including the Opposition, who seek to elevate the parochial desecration of the symbol of the Jamaican flag to a national conspiracy by the People's National Party (PNP) and its leaders.

Can we have a real debate here and forgo the balderdash?

As for those calling for the resignation of persons just elected to govern, pay attention. With both the general and parish council elections now over, the people have given the PNP an overwhelming mandate to govern. The thing to be doing now is to ready your own political house to make it an attractive alternative by the time the next election cycle rolls around, not prolonging the post-election agony.

But moving right along!

Luvs, there is a new Mexican ambassador in town, and he is Gerardo Lozano, who arrived just a month ago and is busy settling in. He was spotted out at the fabulous soirée that the fabulous Rosa Joseph hosted at her upper St Andrew residence, in honour of his predecessor Ambassador Leonora Rueda, last Thursday, who was visiting from New Zealand.

Dears, that was a fab outing, but see more anon in this Sunday's Outlook Magazine.

And mon congrats to Clyde Thompson of Jamaica Customs and wife, the lovely Betty Barrett Thompson of the National Commercial Bank, who will celebrate their wedding anniversary on Tuesday the 24th.

And dears, speaking of beautiful people, places and things: the Palmyra Foundation is all set to kick off its 2012 fund-raising campaign to assist the needy children of Montego Bay and its environs with its much-anticipated online charity auction, culminating with its May 4 fund-raising party, at Marguerite's Almond Terrace/ Blue Beat and Jazz Club, in fabulous Montego Bay.

Luvs, the online auction which got underway, yesterday, Thursday the 19th, will see donors being able to bid on luxury vacation packages in destinations such as Hawaii, Bali, Miami, Colorado, Italy, Malta, Spain, Germany, Dubai, Thailand and many other hot spots, in the virtual auction. Naturally, the auction includes some of Jamaica's finest properties, such as the very exclusive GoldenEye, Iberostar Grand hotel, Secrets Resorts, Grand Palladium hotel, Ritz-Carlton, and Half Moon, a Rock Resort. In addition, there are other goodies such as round-trip airline tickets donated by Delta Air Lines and JetBlue Airways; concert tickets and a meet and greet with the world's most revered flautist Sir James Galway in Washington, DC; a cricket bat signed by Freddie Flintoff; plus a whole lot more.

And dears, with this year's theme for the charity being 'The future is bright, when you can read and write', y'all know we are talking a very eminently worthy cause here, so start popping the champagne!

On Sunday the 23rd, former judge and attorney Nerine Small; antique dealer Wayne Nasralla; the lovely Tashekia White; and Duwayne Lee will be among the fab partying. The fabulous Denise Lyn, now residing in Florida, still celebrating her children's double gold medal wins at the Carifta Games in The Bahamas, will be celebrating her birthday with a motherly zing.

Also celebrating on Sunday will be Andrea Holmes-Seymour, formerly of Ocho Rios, now resident of Silver Spring, Maryland; and Zarine Nandan, wife of the former head of the Seabed Authority, Ambassador Satya Nandan.

And very special belated birthday wishes to the revered Tunty Barrett, who celebrated his 85th birthday on Saturday, April the 14th.