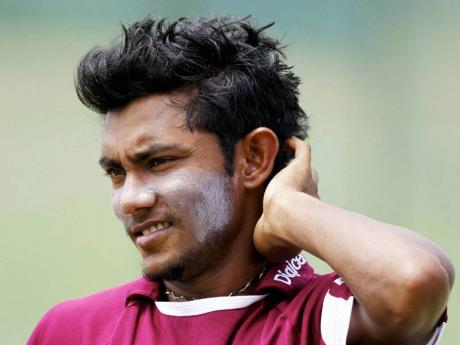 Guyanese batsman Assad Fudadin has been called up to the West Indies squad for the final Test against Australia in Dominica starting Monday.

The 26-year-old left-hander has been rewarded for a prolific first-class season in which he gathered 576 runs at an average of 48, to finish as the second-highest run-scorer.

Selectors have dropped leg-spinner Devendra Bishoo while vice-captain Kirk Edwards has been ruled out of selection by injury again.

Fudadin, a West Indies A player, is a seasoned campaigner at first- class level, having played nearly 50 matches, and chief selector Clyde Butts said he would be an asset to the regional side.

"Fudadin has been a member of the West Indies A team for a while now and we have seen signs of development and improvement," Butts said.

"This year, he batted well in the Regional Four-Day Tournament, and made over 500 runs, including two centuries. He was very consistent in the middle order. He can also bowl medium pace and that is an asset."

Fudadin will join a West Indies side hunting victory next week in order to square the three-Test series.