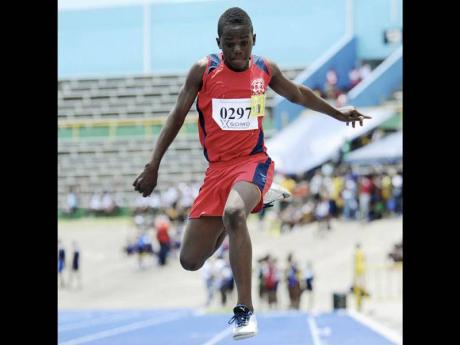 After seven finals on yesterday's opening day, John Mills, who are seeking their 18th consecutive hold on the trophy, lead the standings with 90.5 points, well ahead of Windward Road on 62.

Ransford Spaulding, coach of John Mills, said: "We are very confident of retaining our title. We are in a lot of finals going into the final day."

Tamoy Williams of John Mills mined gold in the Class One long jump with a mark of 4.77m ahead of Kadian Richardson of Windward Road (4.61m) and Shananay Holiness, also of John Mills (4.57m).