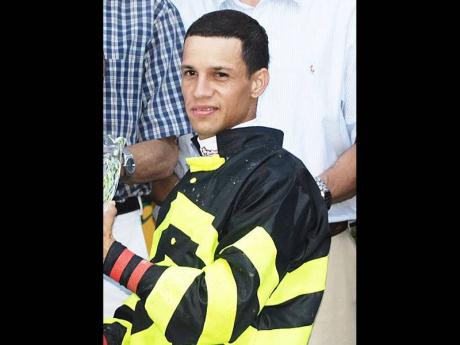 We look at the second Super-6 which gets under way in the fifth race over 1100 metres for four-year-olds and up, non-winners of two.

FIRST 'K' BOY (Paul Francis up) should come in for a lot of support. The four-year-old gelding from the stables of Gresford Smith won convincingly over 1300 metres when last raced on March 10, beating POCKET ACE by two lengths in the reasonably good time of 1:22.2. He has worked really well in preparation for this race, galloping 51/2 furlongs in 1:09.3 last Saturday morning.

FIRST 'K' BOY still has a lot in his favour and will only go down fighting, but preference is for the Howard Jaghai-trained SHINING GOLD, who beat all barring the speedy ELECTRIFYING over the straight behind a fast time on March 28. The 4-y-o gelding has also worked well and is better drawn than FIRST 'K' BOY at post position seven.

The sixth race over 1400 metres for maiden three-year-olds should resolve itself into a straight fight between PERSIAN GOLD and IMPERIAL FORTUNE, to be ridden by champion jockey Dick Cardenas and leading jockey Dane Nelson, respectively.

There was a lot to like about the manner in which the Jaghai-trained PERSIAN GOLD ran in defeat last time out, finishing a mere 11/4 lengths fourth to THE LEGACY in a fast-run one-mile race. The chestnut gelding actually turned for home two lengths clear and was marginally ahead passing the furlong pole. Having looked sharp at exercise, PERSIAN GOLD should stave off the late-running IMPERIAL FORTUNE.

REGGAE PRINCESS, who won very easily over the distance in muddy conditions on March 28, is tipped to repeat in the seventh race again over 1200 metres, to be contested by 12 starters.

Although preference is for REGGAE PRINCESS, who now takes orders from trainer Paul 'Sleeper' Charlton, others such as CASHMERE GOLD (regaining form), NOTUS, RIVERS OF BABYLON and TIME OF STORM should all ensure a highly competitive race.

Briefly, SOCA PARTY, a proven campaigner now dropped at least four classes for the eighth race ($180,000 claiming) over 1200 metres, gets the nod over CLASSY KELLY and FULL JOY in a large field of 14. And don't oppose Wayne DaCosta's impressive American 3-y-o colt BLAST THEM AWAY, who is unbeaten in six starts, in the $1 million King's Plate open allowance feature (9th race) over 1300 metres, while TE-AMO (Lasix administered) is preferred to BLIZZARD (ready) and SKIPPING COOL in the closing race over 1400 metres.