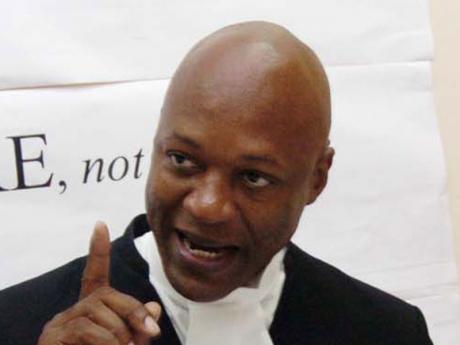 POPULAR ATTORNEY-AT-LAW Oswald James has been sentenced to two years' imprisonment for fraud.

James is appealing his conviction and his lawyer was successful in getting bail for him.

He was offered bail in the sum of $2 million with surety and is now out on bail.

It is reported that James, of the firm James and Company, was charged on August 14, 2009 by Fraud Squad detectives following allegations that he had defrauded one of his clients of more than $20 million in a real estate deal.

The complainant, Canadian businessman Carlton Lewis, made a report to the Fraud Squad in June 2009 after the attorney failed to refund the US$230,000 he allegedly gave him in 2008.

Christopher McCalla testified for the Crown that he received US$230,500 from James for a transaction he negotiated with James as a nominee.

McCalla said he also met with Lewis and James on three occasions while they were negotiating the sale of a property in Queen Hill, St Andrew, to Lewis' company.

James had strongly denied the allegations.

He testified that he invested the money, as directed by Lewis, and that no fraud was involved.