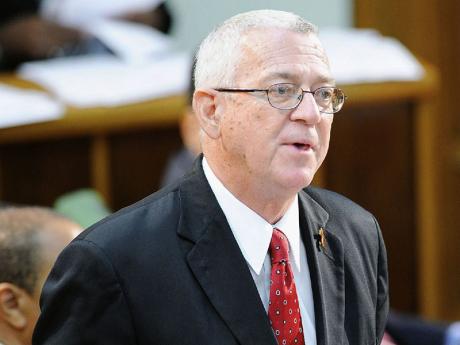 WESTERN BUREAU:EDUCATION MINISTER Ronald Thwaites says he will be asking the National Education Inspectorate (NEI) to review its designation of the Green Pond High School, in St James, as one of the 12 schools deemed unsatisfactory.

Thwaites, who gave the commitment to The Gleaner during an interview on Thursday, had earlier in the week publicly apologised to the school administration after its Board of Management had taken issue with the report, which painted the school in a bad light.

"I understand that there may be some hurt feelings. I will ask the National Education Inspectorate to review the situation," said Thwaites. "They will have to look at what the school has done in the year ensuing since the report was made."

"The purpose of the Inspectorate is to help the school to improve, not to humiliate them and that is the point I made clear," added Thwaites. "In the meanwhile, Green Pond must pick up its spirits and must do the very best it can and we look forward to its success."

Michael Ellis, the principal of Green Pond High School, told The Gleaner that the NEI erred as the school could not be classified as unsatisfactory for failing to meet one of the eight criteria it used to arrive at its designation.

"The rating of the school is flawed. The preliminary draft report says that the school overall was doing satisfactorily," said Ellis.