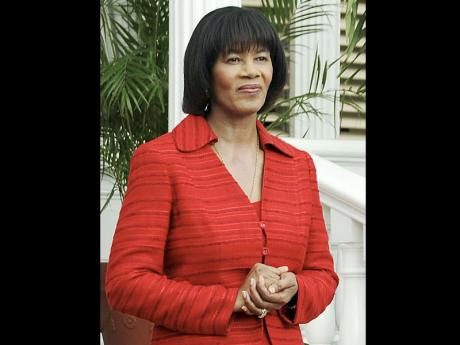 I am appalled at Prime Minister Portia Simpson Miller's rather tragic response about the ongoing greenless flag controversy - her first as prime minister.

I am certainly of the view that a grave error in judgement was committed by person/s who sought to put politics first in the tribal political culture that is Jamaica's.

However, while I was one of those who sensed that the issue was turning into a needless political affair, the response of the prime minister earlier this week brought the issue of the Jamaican emblem to a new low.

As was Mrs Simpson Miller's wont during her first dispensation as leader, she has turned herself into the story - relapsing into the 'me, myself and I' syndrome. Jamaica and the national symbols and emblems must take second place to Portia.

It is no wonder her followers are still unable to fathom the blunder they committed.

Mrs Simpson Miller, buoyed by her top 100 status in Time magazine, made it clear that she would not follow any of her predecessors - her style was hers. Her lecture was more about herself and less about the sorrow over the bungling of members of her team.

Why should she show any remorse? After all, she is Portia Simpson Miller.

The prime minister's attitude begs the question: Has she not learned from her mistakes of the past that the governance of Jamaica is not just about Portia Simpson Miller.

But then again, many Jamaicans were frightfully naïve to believe that the personality of the prime minister would change following the election loss of 2007.

After all, a leopard never changes it spots.