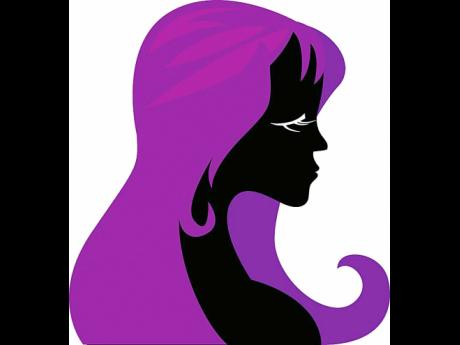 Q: Hello doctor. I'm a young woman aged 19, and about two months ago I visited my gynaecologist to be treated for what I believed to have been a yeast infection. However, after the doctor had examined me he told me that in fact I had cervicitis. He explained that this is a severe inflammation of the cervix. Doc, I'm extremely worried by that. Will it affect my chances of bearing a child later? Can it lead to any form of cancer? Or does it make me prone to any sexually transmitted infections?

A: Please try not to fret. Cervicitis is extremely common in young women. By the way, it is pronounced 'serve - ee -SITE -iss'.

The word just means inflammation of the cervix. As I expect you know, the cervix is the soft projection of tissue which lies at the top end of the vagina. You can just about touch it if you put your finger into your vagina, as far as you can. The cervix is actually the lowest part of the womb.

So what causes inflammation of the cervix? Often it is caused from infection, for instance by the germ called chlamydia. I assume that your gynaecologist has tested for that. Other times, it can be due to a coil (IUD), or to some kind of allergy. Frequently, we just don't know the cause.

Symptoms of this common disorder include discharge (though not the itchy discharge that is associated with yeasts), vaginal bleeding, and pain on deep intercourse.

Despite your fears, I can reassure you that:

You will not become infertile;

You will not be very likely to develop cancer;

You will not develop a lot of sexually transmitted infections - unless you go to bed with a guy who has one!

You are obviously really distressed about having cervicitis, but can I tell you that some medical authorities say that half of all women get it at some time. Treatment, which involves a course of antibiotics, is usually very successful.

So be guided by your gyno, and everything will be OK.

No, you are not. So you can quit fretting.

For instance, research work conducted in Europe in 2009 found that 71 per cent of younger women had masturbated at some time in their lives. Obviously, this means that 29 per cent had not.

Doc, I had sex with a pretty girl last week. Unfortunately, the condom broke just after I orgasmed. It was a condom, which contained a spermicide. So do you think that this stuff killed the sperm? Or is there a risk that the lady is pregnant?

Some condoms do contain spermicides, but there is not very much of this chemical. I am very doubtful as to whether it could have a lot of effect on the millions of sperm, which are released when a guy discharges.

Ideally, if a condom splits during sex, the female should take a Post-Coital Pill (the so-called 'Morning-After Pill,' also known as emergency contraception). Did your partner do that? If not, you will just have to wait and see if her menses arrive.

Keloids on my penis

I was circumcised at an early age, in another country. I deeply resent the fact that my parents did this to me Doc. Now, at the age of 21, I have two big, raised scars running round my penis. I feel that girls will not like the sight of these, so I am still a virgin. Is there anything I can do about the scars?

Sounds like you have keloids. A keloid is an overgrowth of scar tissue, and quite a lot of people have them on their faces or bodies.

Unfortunately, keloids are difficult to treat. But sometimes a surgeon or a skin specialist can make them much smaller by injecting a steroid into them. Also, laser therapy may help.

Please begin by showing your keloids to a doctor to see what his assessment is. Incidentally, I am doubtful about your idea that women will be 'put off' by the fact that you have keloids on the penis.

Can she give me genital warts?

Last month, I was given a 'hand job' by a girl at college. I didn't realise that she had a wart on her wrist. Will I now get genital warts, Doc?

Probably not. But if you did, they could be easily treated.

Ever since I started menstruation, I have been faced with irregularities. I have been to the doctor quite a few times, and have been given medication without success. I have even done an ultrasound, and the results said that my ovaries were normal, but that I have a 'retroverted' womb. Will this retroversion hinder my dream of child rearing? Also, is there any medication that can regularise my cycle?

A retroverted womb is just one that points backwards instead of forwards. Vast numbers of women have one. It is no big deal, because it's just like being left-handed.

It can make conception take a little longer, but it does not cause any sickness.

As to your menstrual irregularity, what you need to do now is to find out why your menses are so irregular. It is good that your ovaries are normal, but you need some investigation by a gynaecologist to see if you have any hormone problem.

As a temporary measure, you could make your periods absolutely regular by going on the Pill for a while. That would not make you any more fertile, but at least you would know when the menses were going to arrive, and they would be light, short and pain-free. I wish you good fortune.